A Pop Star Tried to Reconcile Russia and Ukraine. War Ruined That. 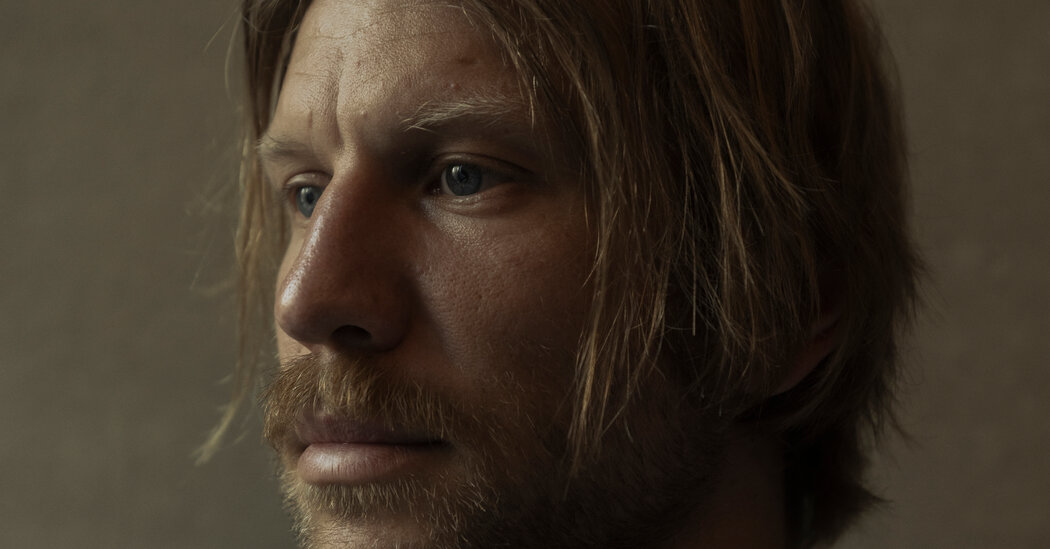 A Pop Star Tried to Reconcile Russia and Ukraine. War Ruined That.

Ivan Dorn, a Ukrainian musician, had mostly finished his first album in five years by February.

“Dorndom” was recorded in a village in northern Ukraine, and is a more conceptual project than his trademark genre-crossing pop. On the LP, Dorn, 33, who was born in Russia, sings in Russian, as he does on most of the hits that have propelled him to stardom in both Ukraine and Russia.

He settled on a release date at the end of May, and his team worked to put together a global tour that included dates across both countries. Then Russia invaded Ukraine.

Against the backdrop of missiles raining down on Ukrainian cities, devastating hospitals, theaters and apartment buildings, releasing Russian-language music that did not reflect on these events felt wrong.

“People are just too sensitive about language at the moment,” Dorn said in a recent interview after a sold-out concert in Tbilisi, Georgia.

Instead of performing and promoting “Dorndom” — which Dorn still hopes to release one day; its name is a combination of his own and the Russian word for house — the musician is now playing older hits across Europe and the United States to raise money to help Ukrainians in peril.

“I am trying to understand the extent to which this album would work today,” Dorn said.

For Ukrainian artists like Dorn, whose country’s culture as well as its politics have long been intertwined with Russia’s, such concerns have become familiar: Is it right to perform in a country whose leader claims your nation as part of his own? Should artists switch to writing and singing in Ukrainian, which could mean potentially losing access to a much larger audience, and market, in Russia?

After Russia annexed Crimea in 2014, many Ukrainian artists, including Okean Elzy, the country’s most popular rock band, and Monatik, a widely celebrated pop singer, stopped performing in Russia.

Dorn — who was born in Russia, but grew up in Ukraine — took a different approach: He continued touring in Russia in an effort to build “a cultural bridge” between the neighboring countries, he said.

“My idea was this: I capture as many people as possible with my music so that they would never attack my own country,” he said. “I was confident that people who came to my concerts would not fight in a war against Ukraine.”

At a 2016 concert in Moscow, Dorn said from stage, “There is nothing between us, nothing but friendship,” and asked the crowd to exclaim, “Hello, Kyiv!” People raised their hands and screamed ecstatically.

Although he sings in Russian, Dorn says he has always tried to emphasize his Ukrainian identity. Over the years, his catchy tunes encompassing hip-hop, house and experimental music have earned him a reputation that is similar to Pharrell Williams; recently, Russian critics voted his debut album from 2012 the best record of the past three decades.

But Dorn’s efforts to preach friendship between the two countries had provoked anger among some Ukrainians, including repeated criticism from nationalists, according to Ukrainian news reports.

Today — with Ukraine’s president, Volodymyr Zelensky, saying last month that Russia occupied a fifth of his country, and was edging to capture more — Dorn said his mission of friendship might be seen as a failure. But he does not regret it.

“The Russian propaganda machine was just too powerful,” he said. “I am sure that if we would spend a week in front of Russian television, we would ourselves start to believe that we are Nazis and fascists,” he said, referring to false charges that the Kremlin uses to justify the invasion.

Dorn has now cut ties with Russia and is focusing on supporting Ukraine in the war, turning his label’s headquarters into a volunteer center and removing his music from Russian streaming services. He has also canceled contracts with Russian brands and artists.

In the decades after the fall of the Soviet Union, dozens of Ukrainian pop stars performed and appeared on television in Russia. Many of them relocated to Moscow permanently, creating a cultural scene blending influences from both countries.

Svetlana Loboda, a popular Ukrainian singer, moved to Moscow in 2017, where she could find a much bigger and established pop industry than in Kyiv, the Ukrainian capital.

In the early days of the war in Ukraine, Loboda said her hometown was largely turned to rubble. She posted a video to her 13 million followers on Instagram, most of them from Russia, saying in tears that the war had “been the worst thing that has happened in my life.” She then released a song in Ukrainian and announced that she had moved elsewhere in Europe.

As war erupted between the two countries, Russian artists have faced a stark choice, too: stay in Russia and support President Vladimir V. Putin’s war, or protest, stop performing and flee.

Even in Ukraine, the music industry has not been united in the face of Russia’s invasion.

This month, Yuri Bardash — one of Ukraine’s most successful producers — called for Ukraine to capitulate and accused Ukrainian artists like Dorn of “advertising the war by touring in Europe” in order to “legitimize it.”

However much Dorn may hope for peace between the two countries, when Russia invaded, his support for Ukraine was never in question. He was born in Chelyabinsk, Russia, but moved to Slavutych, Ukraine, two years later when his father, a physicist, was sent to work on the aftermath of the Chernobyl nuclear disaster.

How the Ukraine War Is Affecting the Cultural World

Valentin Silvestrov. Ukraine’s best-known living composer, Mr. Silvestrov made his way from his home in Kyiv to Berlin, where he is now sheltering. In recent weeks, his consoling music has taken on new significance for listeners in his war-torn country.

Alexei Ratmansky. The choreographer, who grew up in Kyiv, was preparing a new ballet at the Bolshoi Theater in Moscow when the invasion began, and immediately decided to leave Moscow. The ballet, whose premiere was set for March 30, was postponed indefinitely.

Dorn has cousins in the Russian town of Birsk, whom he visited when he was a child, and who helped shape his sense of Ukrainian identity.

“They would tell me: ‘You are strange, you are interesting,’” he said. Dorn taught them the language and introduced them to Ukrainian hip-hop. “Whenever you are among Russians, you want to underline that you are Ukrainian,” he said, to assert your identity.

Only one of his Russian family members has been in touch since the war started, he said. One cousin had called, saying that he had left Russia for Turkey, but that the rest of the family supported the war and could not be persuaded otherwise.

In the decades immediately after the Soviet collapse, such divisions among families would have been practically unimaginable.

Mikhail Kozyrev, a leading Russian producer, recalled how in those years he had organized festivals and introduced Ukrainian artists to radio stations in Moscow, in what felt like a unified cultural space.

“I deliberately tried to fill Russian airwaves with Ukrainian music, as well as with bands from Moldova, the Baltic States,” Kozyrev said. “Up until 2014, where an artist came from did not matter,” he said. “For me, it was one, united post-Soviet soundtrack.”

Like many liberal-minded Russians, Kozyrev — who has now left his country — says that Russia’s invasion of Ukraine has made the cultural split between the countries permanent, and irrevocable. Dorn, however, sees things more philosophically.

“We forgot history and now it came back,” Dorn said. “I am sure time will pass, and we will forget about what happened now,” he added, referring to a long-term future spanning generations. “And then we will argue again — there will be peace and war again.”