After a String of Student Deaths, Cambridge Opens an Inquiry 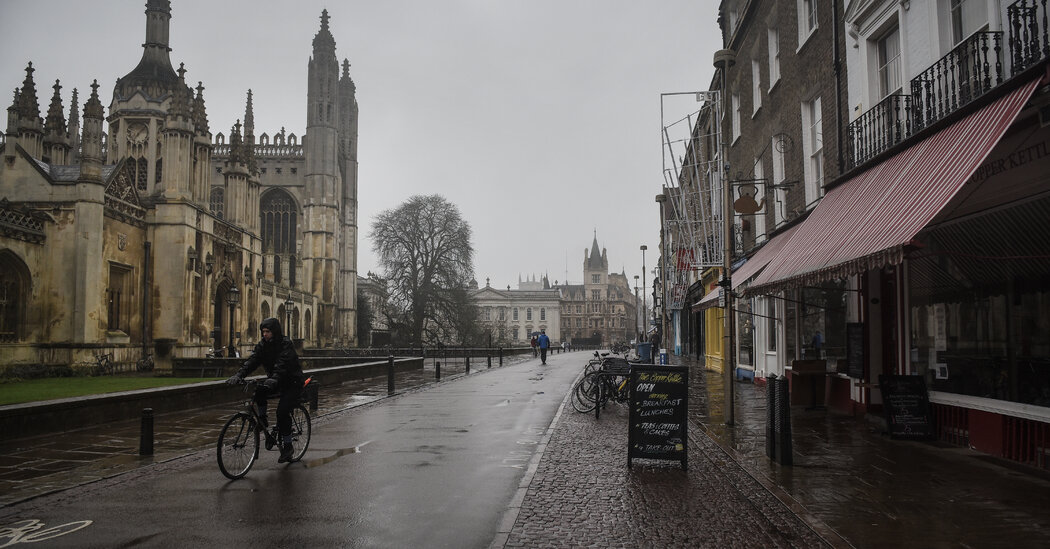 After a String of Student Deaths, Cambridge Opens an Inquiry

LONDON — Cambridge University has opened an investigation into a string of student deaths, one of which has been confirmed to be suicide.

Five students at the prestigious 800-year-old university have died since March. Apart from the one confirmed suicide, four other deaths are suspected suicides, a university spokesman, Matthew Norton, said.

After the death of the fourth student, in May, the university appointed a team to work with Britain’s National Health Service to investigate. University officials, citing the privacy of the students, have given out little information, but Mr. Norton said there appeared to be “no links among the reported cases.”

The fifth death was reported in June, after the inquiry began.

“We have been working since March with the friends in Cambridge, and working with staff as well, who have been on the frontline and need to be properly supported during these really difficult circumstances,” Professor Virgo said.

The university would not reveal the exact causes of death for the students.

Experts say that the act of suicide can often be impulsive and not easily ascribed to a specific cause. The coronavirus pandemic created conditions unlike anything mental health professionals have seen before, making causation even more difficult to determine.

“It’s extremely difficult — it’s horrendous,” said Claire Curran, who heads Survivors of Suicide, an aid group that has been working with the family of one of the Cambridge students. “These are not all confirmed cases, but each of them involve families and communities that need space and time and privacy to deal with the loss.”

University officials said they would expand the budget for suicide prevention about 10 percent. The additional resources, they said, will be used to cut waiting times and train a new team of advisers to “enable early identification of students in distress.” The extra money would also pay for more intensive training for university staff members to identify students at risk.

The deaths have rekindled a debate on the campus over how much the school should do to prevent suicide.

Ben Dalitz, who heads the student union at Cambridge, said the university had been asked by the Department for Education to create a policy for suicide prevention by the end of 2021. Mx. Dalitz, who participated in discussions about a new policy, said the university’s “senior leadership buckled under pressure” from the heads of Cambridge’s individual colleges to make the policy less vigorous.

One of the changes that came from the new review involved removing a requirement for all staff members to receive training in suicide prevention.

Now, Mx. Dalitz said, the student union is calling for “a really serious review process” that will “require transparency and the courage to look at every corner of the institution and see what has been done and whether nothing could have been done better.”

Professor Virgo said Cambridge had “already been training staff on the frontline” but admitted that now “we need to review that training to ensure that it’s the best it can possibly be.”

From 2018 to 2021, there were three confirmed cases of suicide at Cambridge, and one death in which suicide was suspected, according to data provided by the university. More students are reaching out for help.

“It has been confirmed by universities across the U.K. that there is a growth in the numbers of students using counseling and support services over a period of time,” said Professor Virgo. “And we have certainly seen that at the University of Cambridge. ”

In the U.S.: If you are having thoughts of suicide, call the National Suicide Prevention Lifeline at 1-800-273-8255 (TALK) or go to SpeakingOfSuicide.com/resources for a list of additional resources.

In Britain: Call the N.H.S. 111 and choose option 2 to speak to a first response service for people experiencing a mental health crisis.