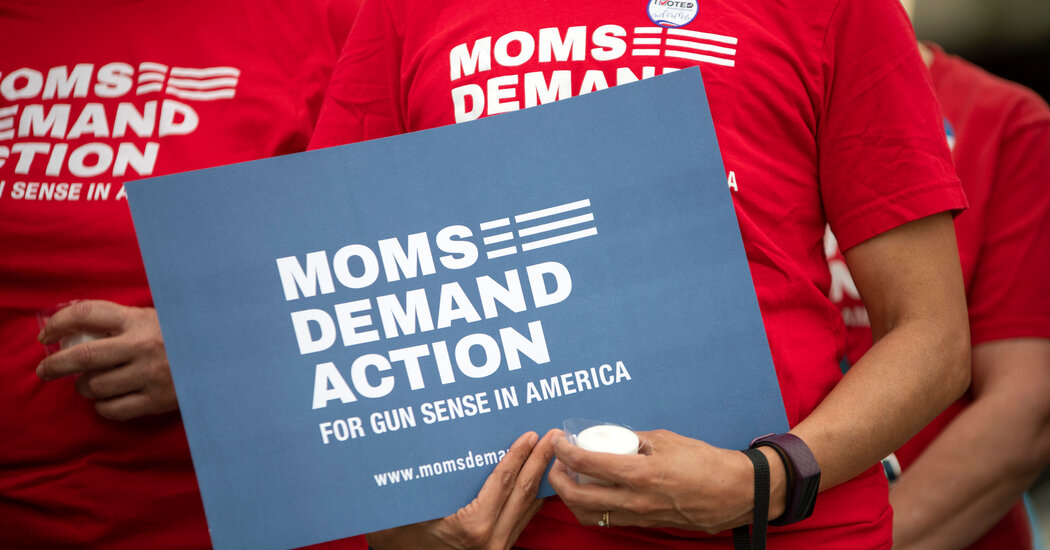 The world over, mass shootings are frequently met with a common response: Officials impose new restrictions on gun ownership. Mass shootings become rarer. Homicides and suicides tend to decrease, too.

After a British gunman killed 16 people in 1987, the country banned semiautomatic weapons like those he had used. It did the same with most handguns after a 1996 school shooting. It now has one of the lowest gun-related death rates in the developed world.

In Australia, a 1996 massacre prompted mandatory gun buybacks that saw, according to some estimates, as many as one million firearms melted into slag. The rate of mass shootings plummeted from once every 18 months to, so far, only one in the 26 years since.

Canada also tightened gun laws after a 1989 mass shooting. So did Germany in 2002, New Zealand in 2019 and Norway last year.

Only the United States, whose rate and severity of mass shootings is without parallel outside of conflict zones, has so consistently refused to answer those events with tightened gun laws.

Though such restrictions have always brought some controversy, most were broadly embraced by voters in other countries.

Even in Australia, where conservative-leaning politics and rural traditions had long favored gun ownership, citizens broadly accepted the buyback. Some even surrendered weapons they were legally permitted to keep, in a show of support for their country’s tightening gun laws.

Every mass shooting is, in some sense, a fringe event, driven by one-off factors like the ideology or personal circumstances of the shooter. The risk is impossible to fully erase.

Still, the record is clear, confirmed by reams of studies that have analyzed the effects of policies like Britain’s and Australia’s: When countries tighten gun control laws, it leads to fewer guns in private citizens’ hands, which leads to less gun violence — and to fewer mass shootings.

Britain today has one of the strictest gun control regimes in the developed world, with even many police unarmed. But it was not always that way.

The country’s history of sport hunting had ingrained a long cultural tradition of gun ownership, especially in rural areas.

That began to change in 1987, with the so-called Hungerford massacre, named for the small English town where it took place. A 27-year-old local man used two semiautomatic rifles and a handgun, which he owned legally, to kill 16 people. His motives remain unclear.

Britain’s Conservative government swiftly banned rifles like those he had used and mandated that shotgun owners register the weapons with police.

The 1996 school shooting in a small Scottish town, where a local man killed 15 students and one teacher, prompted more sweeping changes. A government inquiry recommended restricting access to handguns.

The Conservative government went even further, banning all but the smallest-caliber handguns, which a subsequent Labour government banned the next year.

The reforms also require owners of permitted firearms to pass a strict licensure process, which involves interviews and home visits by local police, who can deny approval if they deem the would-be owner a potential public safety risk.

Mass shootings did not completely disappear in Britain: An attacker killed 12 in 2010, and another killed five in 2021. But all forms of gun-related violence have dropped significantly.

Today, there are about five guns per 100 people in Britain (except in Northern Ireland, where this number is higher), one of the lowest rates in the developed world. The gun homicide rate is about 0.7 per million, also one of the lowest.

American gun control activists often cite Australia’s sweeping buybacks. Though no country rivals the United States’ gun ownership rate, which is more than double that of second-place Yemen, Australia has had similar cultural and political affinities for gun ownership.

Despite this, after a mass shooting in 1996 in which a gunman killed 35 people in the town of Port Arthur, authorities successfully imposed sweeping new restrictions.

The nationwide buyback ultimately took between one in five and one in three privately held guns out of circulation. This mostly targeted guns like semiautomatic rifles and many shotguns that, under new laws, were no longer permitted.

The country also reframed gun ownership from being an inherent right, as it is in only a handful of countries like the United States, to becoming a privilege that citizens had to affirmatively earn.

Since then, mass shootings have effectively disappeared in Australia. What was once an almost annual event has only happened once since the reforms, with a 2018 attack that left seven dead.

But the greater impact may have been on other forms of violence. A 2011 survey of crime and suicide data concluded that the program “seems to have been incredibly successful in terms of lives saved.”

Australia’s gun-related homicide rate subsequently halved, as did the rate of firearm suicides, the study found. Non-firearm homicides and suicides did not increase. Subsequent research confirmed these findings.

The reforms were initially controversial, including within the ranks of the conservative government that passed them, as well as some rural communities. But fears of electoral backlash or even violent resistance — Australia’s prime minister, John Howard, wore a bulletproof vest during one address — never materialized.

“Few Australians would deny that their country is safer today as a consequence of gun control,” Mr. Howard wrote in 2013 in The New York Times.

Still, Australian gun ownership rates have crept back up in recent years, as have rates of gun-related killings.

Not all reforms have been as dramatic as Britain’s or Australia’s.

Canada tightened restrictions on gun ownership in response to a 1989 mass shooting that killed 14 female college students. Licenses became required for shotguns and rifles, and those firearms had to be registered with authorities. Similar rules already applied to handguns.

But the new rules, which proved controversial in rural communities, were not applied until 1995, six years after the shooting, and were mostly abolished in 2012.

Norway, too, has moved relatively slowly in the wake of a 2011 far-right terrorist attack that killed 77 people.

Though the country has one of Europe’s highest gun ownership rates, it has relatively lower rates of gun-related violence. The country has had strict rules for years, including mandatory gun safety classes and an involved licensing process. But it took seven years after the 2011 massacre to enact a ban on semiautomatic weapons that was inspired by the attack. It went into effect at the end of last year.

New Zealand, which like Norway has traditionally had a high gun ownership rate but tight restrictions, along with low rates of gun violence, moved more quickly.

When a far-right extremist killed 50 mosquegoers in 2019, authorities took less than a week to announce a ban on military-style semiautomatic rifles and high-capacity magazines like those the attacker had used.

But Norway, New Zealand, Canada and Australia are all outliers in one important way: Each began with high rates of gun ownership, relatively few restrictions or both.

In most countries, there are fewer guns or pre-existing gun rights to restrict in the wake of a mass shooting — and, perhaps as a result, there are also far fewer mass shootings in those countries.

Still, such governments often act. In Germany, after a gunman killed 16 people, the government raised the minimum age for carrying what few weapons were permitted to 21 years old, from 18.

With gun ownership already strictly controlled, there were simply few other measures left to impose.