Anna Netrebko, Shunned in Much of the West, to Sing in Monte Carlo 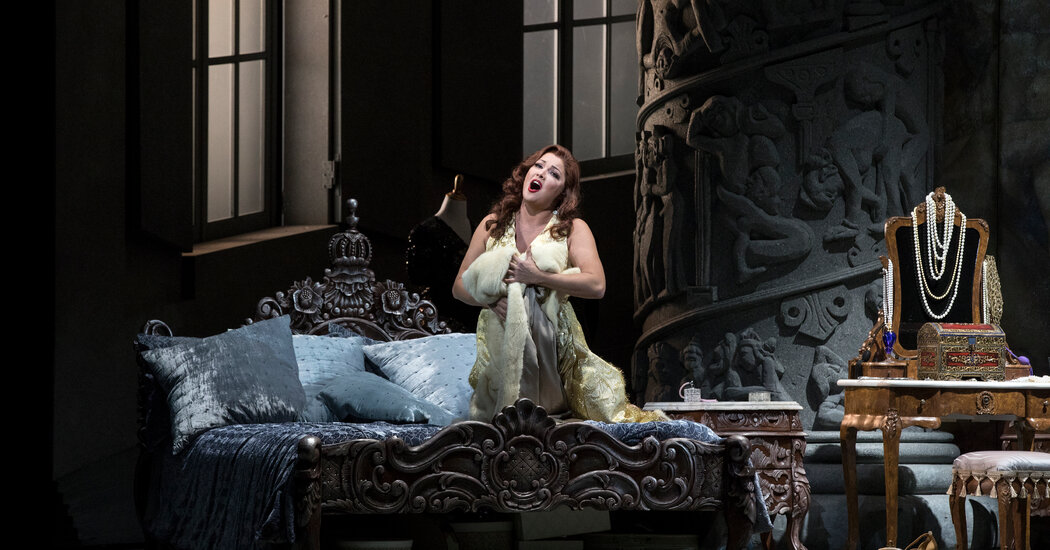 Anna Netrebko, Shunned in Much of the West, to Sing in Monte Carlo

Anna Netrebko, the superstar soprano whose international career crumbled after the invasion of Ukraine because of her past support of President Vladimir V. Putin of Russia, has been invited to sing in Monaco this month at the Opéra de Monte-Carlo.

Ms. Netrebko was initially scheduled to sing the title role of Puccini’s “Turandot” at the Metropolitan Opera in New York at the end of April, but the company, like many in the West, parted ways with her over concerns that she had failed to sufficiently distance herself from Mr. Putin after he began the war in Ukraine.

Instead, Ms. Netrebko will now appear in Monaco, singing the title role in another Puccini opera, “Manon Lescaut,” in four performances at the Opéra de Monte-Carlo, the company announced on Thursday. They will be her first engagements since the invasion began in late February, but she has other appearances planned later this spring.

“I am overjoyed to be unexpectedly making my stage debut at the Monte Carlo Opera,” Ms. Netrebko said in a statement. “It is going to be made even more special by performing with my husband, tenor Yusif Eyvazov, in the same Puccini masterpiece that marked our first encounter at the Rome Opera in 2014.”

Ms. Netrebko has faced a wave of cancellations at leading opera houses. She once endorsed Mr. Putin’s re-election and, in 2014, she was photographed holding a flag used by Russia-backed separatists in Ukraine.

After initially denouncing the war but remaining silent on Mr. Putin, Ms. Netrebko saw her engagements in the West evaporate. So Ms. Netrebko issued a new statement last month seeking to distance herself from Mr. Putin, saying she had only met him a few times and stating that she was not “allied with any leader of Russia.” Her words prompted a backlash in Russia, with a theater in Novosibirsk, Siberia, canceling an appearance and a senior lawmaker denouncing her as a traitor.

Opéra de Monte-Carlo on Thursday defended its decision to hire Ms. Netrebko, saying she had done enough to distance herself from the war.

“Anna Netrebko made a statement two weeks ago regarding the war and her relationship with Putin,” Christiane Ribeiro, a spokeswoman for the opera house, said in an email. “She has taken a clear position against the war in Ukraine. As a consequence, she has been declared an ‘enemy of the homeland’ by the speaker of the Duma and a theater in Novosibirsk canceled her appearance.”

Opéra de Monte-Carlo described its decision as artistic, noting that Ms. Netrebko is to replace the Italian soprano Maria Agresta, who canceled because of illness.

In her statement, Ms. Netrebko said, “I wish my friend and colleague Maria Agresta a full and speedy recovery.”

How the Ukraine War Is Affecting the Cultural World

Valentin Silvestrov. Ukraine’s best-known living composer, Mr. Silvestrov made his way from his home in Kyiv to Berlin, where he is now sheltering. In recent weeks, his consoling music has taken on new significance for listeners in his war-torn country.

Paavo Järvi. The Estonian American conductor was in Moscow, leading rehearsals for an engagement with a Russian youth orchestra, when Russia began its attack on Ukraine. When he decided to stay there not to disappoint the players, many criticized his choice.

Alexei Ratmansky. The choreographer, who grew up in Kyiv, was preparing a new ballet at the Bolshoi Theater in Moscow when the invasion began, and immediately decided to leave Moscow. The ballet, whose premiere was set for March 30, was postponed indefinitely.

“Our choice is an artistic one: We very much regret that Maria Agresta has had to cancel for health reasons but we are happy that Anna Netrebko has accepted to sing these four performances of ‘Manon Lescaut,’” Ms. Ribeiro said.

It is unclear if Ms. Netrebko will succeed in reviving her globe-trotting career. The Met and leading opera houses in Zurich and Munich have declined to hire her, despite her attempts to distance herself from Mr. Putin.

Peter Gelb, the Met’s general manager, said this month that he would be willing to have a conversation if Ms. Netrebko showed that she has “truly and completely disassociated herself from Putin over the long term.”

Ms. Netrebko has managed to hold onto some engagements, though.

In May, she will perform recitals at the Philharmonie de Paris and at Teatro alla Scala in Milan. In July and August, she is set to appear in Italy at the Arena di Verona Opera Festival, where she will appear in Verdi’s “Aida” and Puccini’s “Turandot.”

She is also scheduled to appear at the Mariinsky Theater’s annual White Nights Festival this summer, according to recent reports in state-owned news outlets in Russia.