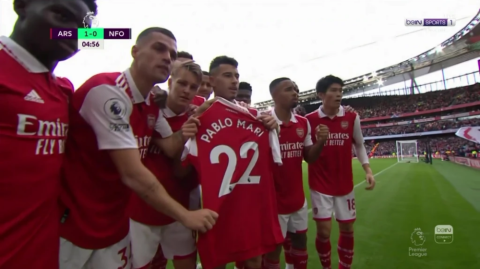 The Arsenal team sent a message to Pablo Mari after Gabriel Martinelli put the Gunners 1-0 up against Nottingham Forest at the Emirates on Sunday.

Mari, currently on loan at Serie A club Monza from Arsenal, escaped life-threatening injuries after being stabbed and seeing a person die in front of him during an attack at an Italian supermarket in Milan on Thursday.

Following Martinelli’s goal after five minutes, Arsenal players celebrated by holding up an Arsenal shirt with Mari’s name and No.22 on the back – which is the 29-year-old Spaniard’s squad number at his parent club in north London.

The whole matchday squad also posed with the shirt ahead of kick-off, with Arsenal posting a picture on Twitter and tagging Mari alongside a red love heart, with the caption

One man was killed with five more injured in the attack at the Assago shopping centre on Thursday, with Mari stabbed in the back but fortunately avoiding serious injury.

Mari has since undergone surgery to reconstruct two injured muscles in his back and will be ruled out of action for at least two months.

‘After the hard moment we experienced, both my family and I want to communicate that fortunately we are all fine despite the circumstances,’ Mari posted on Twitter on Friday.

We want to thank all the messages of support and affection that we are receiving.

‘In addition, we want to send our condolences and all our strength to the family and friends of the deceased person, and we sincerely wish that all injured people recover as soon as possible.’

Monza chief executive Adriano Galliani, meanwhile, has called for the club’s Serie A game against Bologna on Monday to be postponed.

I’m happy with the outcome of the surgery, but we asked to postpone the next league game,’ he told La Gazzetta dello Sport.

‘Our players were crying. The boys are in shock. We do not know if our request will be accepted or not.’

Centre-back Mari moved to Arsenal two years ago but has found game time limited, spending time at Udinese and has been sent out on loan again to Monza.

Haaland should be easy to stop with these three tips as... 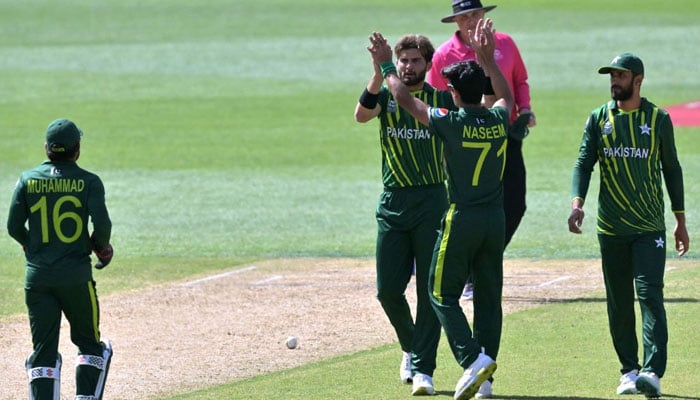 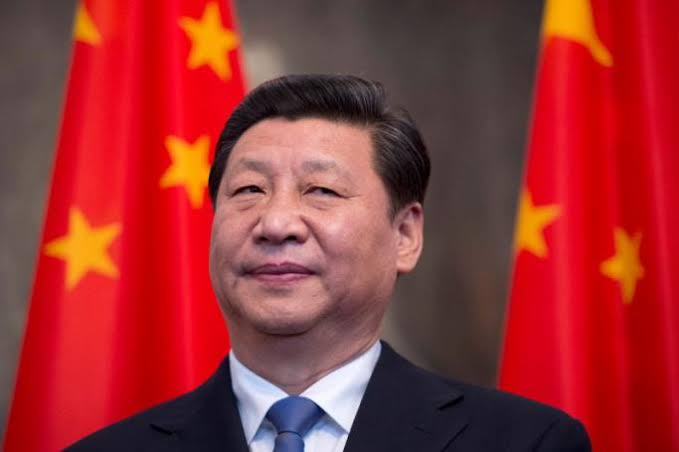 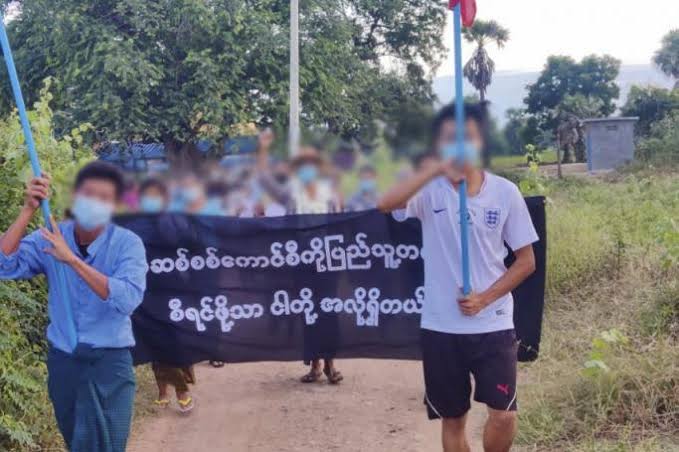