Badal Roy, Who Fused Indian Rhythms With Jazz, Is Lifeless at 82 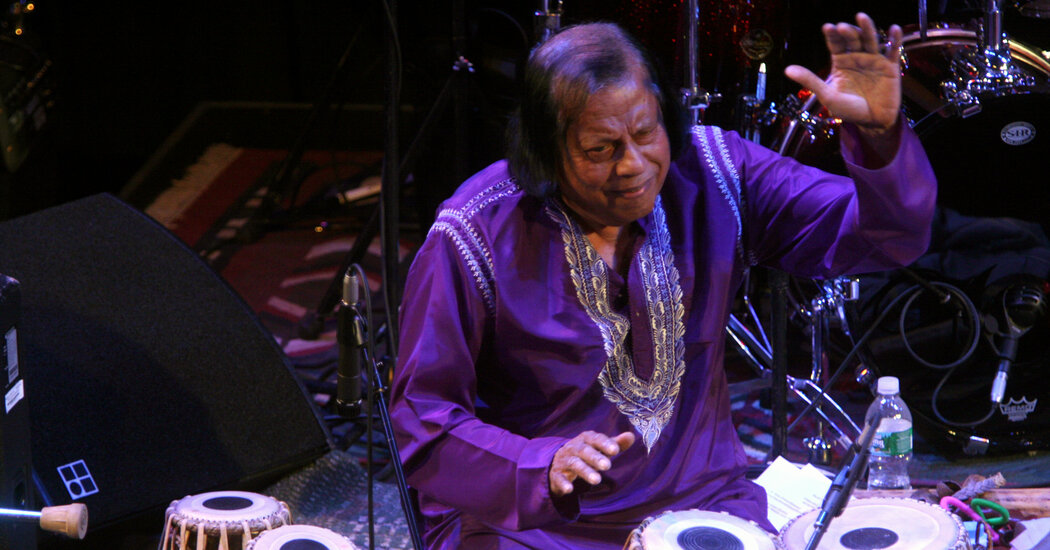 Badal Roy, Who Fused Indian Rhythms With Jazz, Is Lifeless at 82

In an interview with an Indian newspaper, The Telegraph, Mr. Roy recalled: “Rapidly, Miles tells me: ‘You begin’ — no music, no nothing, similar to that. Realizing I’ve to set the groove, I simply begin enjoying a ta-ka-na-ta-n-ka-tin rhythm. Herbie nods his head to the beat and, with a ‘Yeah!,’ begins enjoying. For some time, it’s simply the 2 of us, after which John and Jack take part. Then all of the others begin and, to me at the very least, it’s pure chaos. I’m utterly drowned out by the sound. I proceed enjoying, however for the following half-hour, I can’t hear a single beat I play.”

These classes yielded Davis’s “On the Nook.” Mr. Roy joined Davis for different 1972 classes that contributed materials for Davis’s “Massive Enjoyable” and “Get Up With It,” each launched in 1974, and carried out with him at Philharmonic Corridor (now David Geffen Corridor) at Lincoln Middle for what grew to become Davis’s 1973 album “In Live performance.”

Mr. Roy acquired a duplicate of “On the Nook” when it was launched in 1972. However after his frustration on the classes, he didn’t hearken to it till the Nineties, when his son, then a graduate pupil, told him, “All of the hip-hop guys are sampling it.”

In 1974, Mr. Roy married Geeta Vashi. She survives him, together with their son and Mr. Roy’s sisters, Kalpana Chakraborty and Shibani Ray Chaudhury, and his brother, Samarendra Roy Chowdhury. He lived in Wilmington.

Mr. Roy backed the saxophonist Pharoah Sanders on the albums “Wisdom Through Music” (1972), “Village of the Pharoahs” (1973) and “Love in Us All” (1974), and in later years carried out with Mr. Sanders onstage. With the saxophonist Dave Liebman, who had been in Davis’s group, Mr. Roy appeared on “Lookout Farm” (1974), “Drum Ode” (1975) and “Candy Palms” (1975). (“Candy fingers” is the interpretation of a Bengali time period praising a virtuoso tabla participant.)

He launched two albums as a frontrunner within the mid-Seventies, each that includes Mr. Liebman: “Ashirbad” (1975) and “Passing Dreams” (1976), which additionally included the Indian classical musician Sultan Khan on sarangi, a bowed string instrument.