Biden’s Summit of the Americas Is Threatened by Boycotts, Confusion 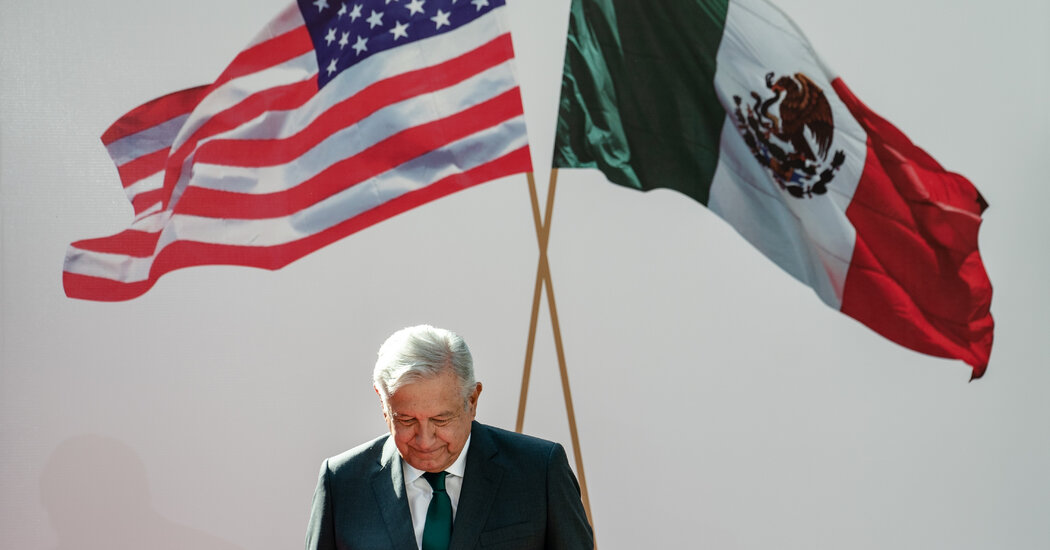 Biden’s Summit of the Americas Is Threatened by Boycotts, Confusion

A gathering of Western Hemisphere leaders next month hosted by the United States and meant to showcase America’s resurgent leadership in the region is at risk of becoming a public relations debacle.

Less than three weeks before the Summit of the Americas in Los Angeles, there are fears that rather than highlighting the Biden administration’s vision for a part of the world that former President Donald J. Trump largely ignored, the event could expose America’s weakening ability to advance its agenda in the region.

A growing number of Latin American and Caribbean heads of state, including the presidents of Mexico and Brazil — the region’s two largest nations — are considering not even showing up, threatening to deliver a humiliating blow to the White House.

No formal invitations have been sent and the White House has said no final decision has been made over who would be invited. But there is already uncertainty among some countries about how the summit will address pressing challenges at a time when the region is struggling to recover from a brutal economic recession caused by the pandemic, runaway inflation, environmental degradation and the dismantling of democratic institutions.

A 900-word memo on the summit sent to members of Congress by the State Department last month contained no specific goals, and preliminary meetings held by regional representatives were characterized by confusion and the notable absence of migration from the agenda, according to a congressional staff member and one participant.

A spokesman for the National Security Council, which is helping organize the event, said the summit was the Biden administration’s “highest priority event for our hemisphere,” adding that formal invitations would be sent soon. Both the N.S.C. and the State Department declined to comment on boycott threats.

The senior director for Western Hemisphere affairs at the National Security Council, Juan Gonzalez, told Americas Quarterly magazine in March that Cuban officials and the presidents of Venezuela and Nicaragua would not be included.

President Andrés Manuel López Obrador of Mexico said he would skip the meeting if the governments of those countries were not invited.

Mr. López Obrador’s threat has been echoed by the leftist presidents of Bolivia and Honduras. A group of Caribbean states has also threatened to boycott the meeting if the Venezuelan opposition leader Juan Guaidó is invited to represent his nation instead of President Nicolás Maduro.

The United States recognizes Mr. Guaidó as Venezuela’s head of state, despite Mr. Maduro’s effective control of the country.

“If there are exclusions, if not everyone is invited, then a delegation from the Mexican government will go, but I will not go,” Mr. López Obrador said at a news conference on Tuesday.

President Jair Bolsonaro of Brazil may also not attend the summit, according to several Brazilian government officials. The Brazilian president has had a frosty relationship with Washington, and the summit promised to be the first time Mr. Bolsonaro and President Biden would speak as presidents.

Still, U.S. diplomats said the hesitancy by some presidents was likely meant to appeal to nationalistic or left-leaning voters and may not reflect their ultimate decisions.

Some foreign policy observers also said planning uncertainty was typical for such regional events, which tend to focus on symbolic appearances rather than concrete solutions.

“Three weeks is an eternity when the U.S. government sets it mind to executing on something like this summit,” said Dan Restrepo, a fellow at the Center for American Progress, a research institute, and former head of Western Hemisphere affairs at the National Security Council.

But the boycott threats underscore the challenges facing the Biden administration in advancing its interests in the Americas, where the United States has long played an outsized role. The administration is seeking a meaningful regional deal on undocumented migration ahead of the midterm election, among other issues, according to a person familiar with the planning.

“Latin American governments are wanting to show Washington that it is no longer sitting at the head of the table and that this is a summit of equals, instead of Uncle Sam getting to decide unilaterally who is on the guest list,” said Brian Winter, editor of Americas Quarterly, which focuses on America’s policy in the hemisphere.

After being banned from the first six Summits of the Americas, Cuba was invited to the last two in Panama and Peru.

The Biden administration’s original plan to exclude Cuba partly reflects domestic political pressures, including trying to avoid provoking Robert Menendez, a Cuban American Democratic senator from New Jersey who is chairman of the Senate Foreign Relations Committee and a staunch critic of the Cuban government.

“President Biden made clear he was focused on restoring U.S. credibility and leadership in the worldwide campaign to counter authoritarian forces,” Mr. Menendez said in an email. “The President is delivering on that promise.”

Mr. López Obrador’s absence from the summit would make it harder to achieve any viable migration deal.

Mexico is the largest source of migrants heading to the United States, and the country’s government has worked with Washington to stem the flow of other nationals traveling to the U.S. border through Central America.

“If you have a Summit of the Americas without the presidents of Mexico and Brazil, it’s almost meaningless,” said Jorge Castañeda, a former Mexican foreign minister who now teaches international relations at New York University. “You’re having a failed summit.”

Mr. Bolsonaro’s lack of participation could derail any significant progress on two other major foreign policy goals of the Biden administration, climate change and defending democracy.

And the prolonged silence between Mr. Biden and Mr. Bolsonaro has resulted in tense diplomatic relations.

During Mr. Biden’s presidency, Mr. Bolsonaro has moved Brazil closer to Russia, extended policies that have led to deforestation in the Amazon and questioned the integrity of his own country’s elections. U.S. officials have privately pushed for different policies, and at times have publicly criticized Mr. Bolsonaro.

The most pressing issue is Brazil’s presidential election in October. The Biden administration worries that, after months of casting doubt on Brazil’s voting systems, Mr. Bolsonaro could dispute the results if he loses.

At the summit, officials from the United States and other countries could try to pressure Mr. Bolsonaro to respect the democratic process and publicly express their own support for Brazil’s electoral system.

But now it appears that Mr. Bolsonaro may not travel to Los Angeles and that the summit has been dropped from his agenda, according to a person familiar with his schedule, who spoke on the condition of anonymity because the plans had not been announced.

Reuters reported this week that he did not plan to attend.

Mr. Bolsonaro’s office, in an email, said it had not received information about the summit schedule. Vice President Hamilton Mourão of Brazil said in a text message that the president still hadn’t decided whether to attend.

“If it’s an empty summit, it’s a message to the rest of the world that there’s no coordination or common ground among the countries in the Americas,” said Ernesto Araújo, who served as Mr. Bolsonaro’s foreign minister until last year.

Mr. Bolsonaro also may be wary of any awkward political situations if he went to the summit and Mr. Biden made public statements about the safety of Brazil’s elections.

“The risk of having a bad headline is too big,” said Thomas Traumann, a former spokesman for Dilma Rousseff, a former president of Brazil. “And is Biden going to offer billions of dollars in American investment? No. So what’s in it for him?”