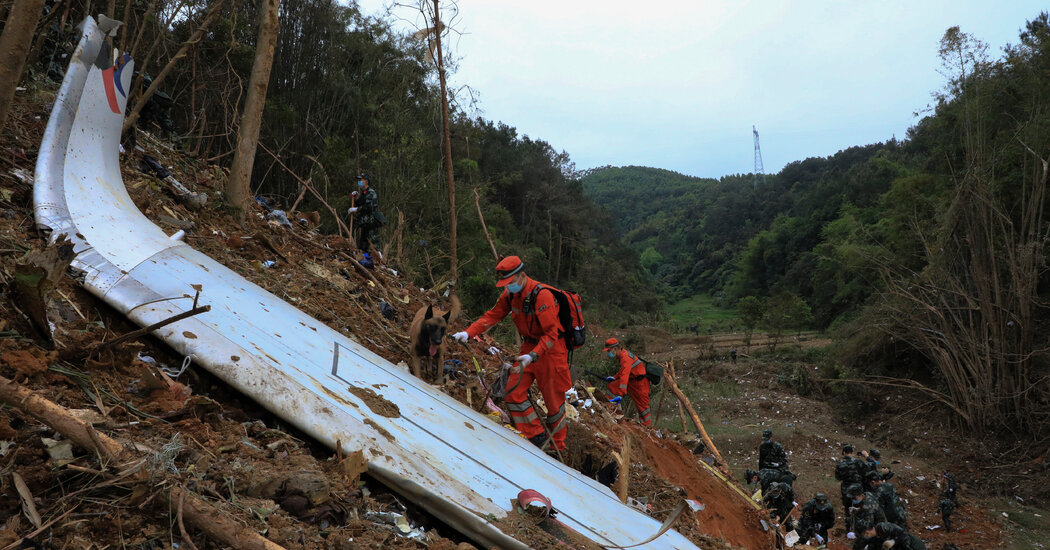 Chinese authorities officially confirmed Saturday that there were no survivors in the crash of a China Eastern 737-800 earlier this week with 132 people on board.

The announcement by an official of the Civil Aviation Administration of China at a late-night news conference was followed by a brief moment of silence. Investigators have identified 120 of the victims through DNA analysis, state media reported.

The flight from the city of Kunming in southwestern China was flying at 29,000 feet on Monday when it suddenly nose-dived into a mountainous area, shortly before it would have started its descent to the airport in Guangzhou, a provincial capital and export manufacturing hub near Hong Kong on China’s southeastern coast.

Construction excavators dug into the crash site Saturday in the search for wreckage, remains and the second black box. Searchers found the cockpit voice recorder on Wednesday but have not found the flight data recorder.

Workers wearing knee-high rubber boots used shovels and other hand tools to sift through the earthen slopes in a 65-foot-deep pit left by the plane. Debris and other items were collected in dozens of rectangular, mud-stained plastic containers.

Pumps were used to drain water as muddy conditions in the rainy region hampered the search. One excavator stopped working after getting partially stuck, state broadcaster CCTV said.

The cause of the crash remained a mystery. An air traffic controller tried to contact the pilots several times after seeing the plane’s altitude drop sharply but got no reply, officials have said.

Authorities said that forensic and criminal investigation experts had confirmed the identities of 114 passengers and six crew members.

China Eastern, one of China’s four major airlines, and its subsidiaries have grounded all of their 737-800 aircraft, a total of 223 planes. The carrier said the grounding was a precaution, not a sign that anything was wrong.