Chinese officials apologize for breaking into homes to search for Covid cases. 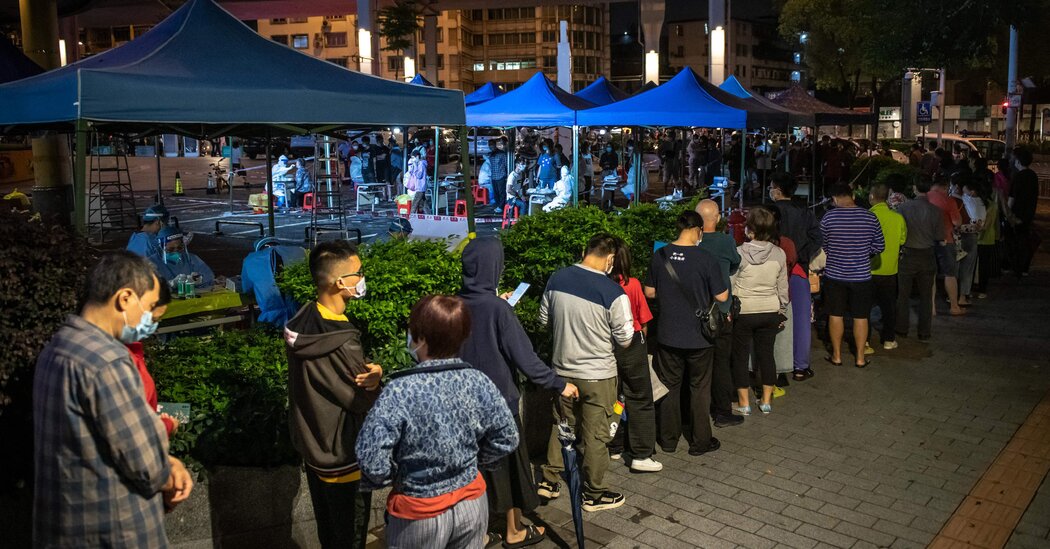 Chinese officials apologize for breaking into homes to search for Covid cases.

Local officials in the southern Chinese metropolis of Guangzhou have issued a rare apology after community workers broke into dozens of homes to look for people who had tested positive for the coronavirus and others deemed close contacts, triggering harsh criticism on social media.

The government of the city’s Liwan district said in a statement that the workers picked locks to enter 84 units in an apartment complex. They had been searching for residents they believed were hiding to avoid being sent to quarantine centers. Under China’s zero-tolerance approach to Covid, all positive cases and close contacts must be sent to centralized quarantine facilities for a number of days.

Photos on social media showed broken locks in front of apartment doors, and the government said the locks were later replaced. It added that the head of the neighborhood had apologized to the residents individually and had promised unspecified compensation.

The government also said the incident was “deeply distressing” and that it was investigating the incident and would punish whoever was deemed responsible.

The pandemic has enabled the Communist Party to deepen its reach into the lives of the China’s citizens, tracking and limiting their movements and confining them to their homes and businesses. Would-be protesters have said the health codes on their phones were changed to keep them from moving freely, and in many cities across China, residents’ doors have been sealed shut to prevent them from leaving during lockdowns.

In some cases, officials have backtracked on measures in response to public outcry. In Shanghai, people complained after health workers beat to death a corgi that they thought might have been infected with Covid, and community workers acknowledged that the killing had been excessive.

Anger over the Guangzhou case continued simmering on Chinese social media after the apology. Some people criticized what they called an abuse of power. Several Weibo users said that abuses related to Covid prevention had become widespread since Covid first emerged in the country.