Despair in Mariupol’s last stronghold: ‘They’re bombing us with everything’ 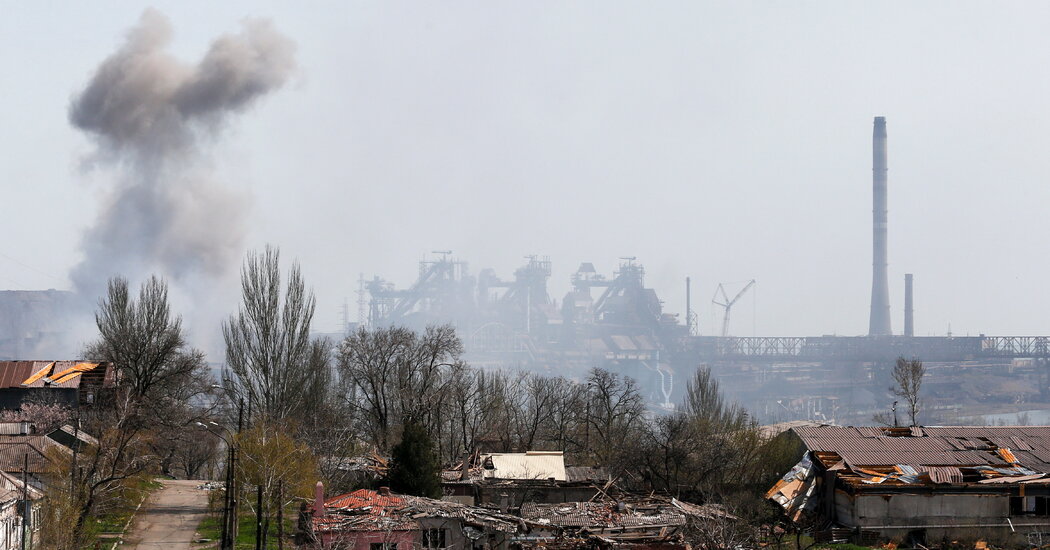 Despair in Mariupol’s last stronghold: ‘They’re bombing us with everything’

The fight over the Azovstal steel plant recalls one of the great struggles of the Second World War, the battle for the Stalingrad Tractor Factory as Nazi Germany’s forces attempted to capture that city. Thousands of German and Soviet soldiers died there, as did many civilians, before the Soviets ultimately prevailed.

Ukraine’s intelligence service wrote in a statement on Monday that the Russians were preparing to use three-ton bombs on the plant in an effort to raze it completely. Moscow is “not deterred by the fact that civilians have taken refuge in the plant,” the service said in a statement.

The plant was first established by the Soviet Union in the 1930s and rebuilt following World War II. It is a labyrinth of rail systems, workshops, blast furnaces and warehouses, with many of the buildings made of thick concrete and designed to withstand high temperatures.

If Russia succeeds in flattening the complex’s buildings, it is not clear how many people hunkered underground might survive. Eventually, though, they would run out of provisions, and the Ukrainians have warned repeatedly that the Russians might use chemical weapons to force them out or kill them.

In the confusion of the siege, it was difficult to get a clear picture of what was happening inside the factory. But according to Ms. Yatsura, a number of employees remain there. They had stayed after the invasion began to prepare the complex’s bomb shelters and eliminate hazardous materials.

Clearing the plant could hold particular symbolic value for President Vladimir V. Putin of Russia, who has justified his invasion with the false claim that Ukraine is run by Nazis, and that he is rooting them out. The plant’s defenders include members of the Azov Battalion, a force that does include far-right soldiers, some of them foreign, including white supremacists and people who have been described as fascists.