Documenting Atrocities in the War in Ukraine 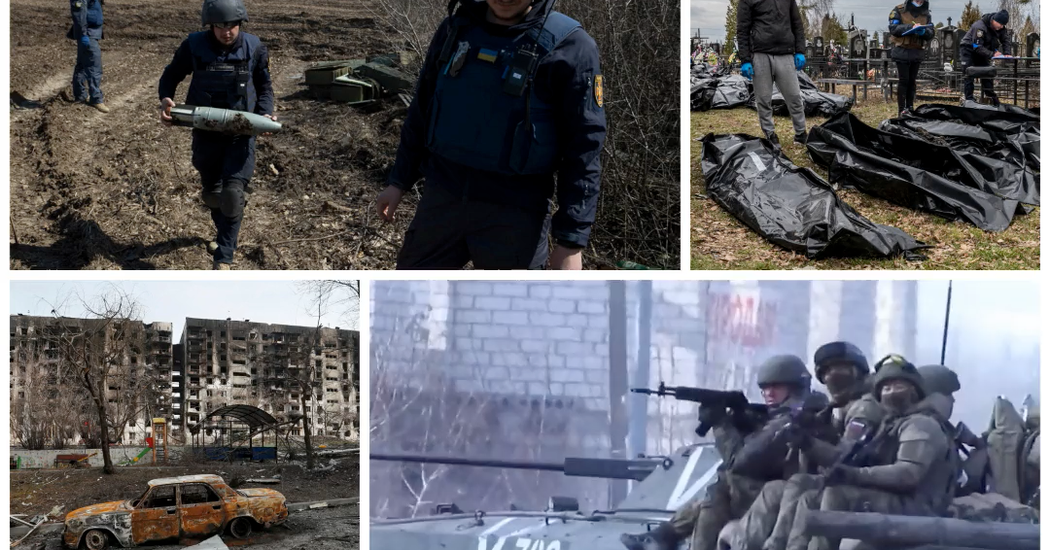 Documenting Atrocities in the War in Ukraine

The southeastern port city of Mariupol on the Sea of Azov was once home to 450,000 people. Much of it has been obliterated by Russian forces. Roughly three-quarters of the population has fled or is unaccounted for, and food, water and power are scarce or nonexistent. Ukrainian officials say at least 20,000 residents have been killed, including at least 300 who had been sheltering in a theater.

Satellite images show evidence of mass graves, and repeated efforts to organize safe evacuations have collapsed. Thousands of Mariupol residents have been taken to Russian territory, possibly against their will. In late April Russia said it had effective control of the city, and the last significant pocket of resistance, ensconced in a vast steel mill, surrendered to Russian forces in mid-May.

While the city may be a militarily strategic prize for Russia, it is also the site of many potential war crimes, including willful killing of civilians, indiscriminate attacks on protected sites, denial of humanitarian aid and forced relocation.