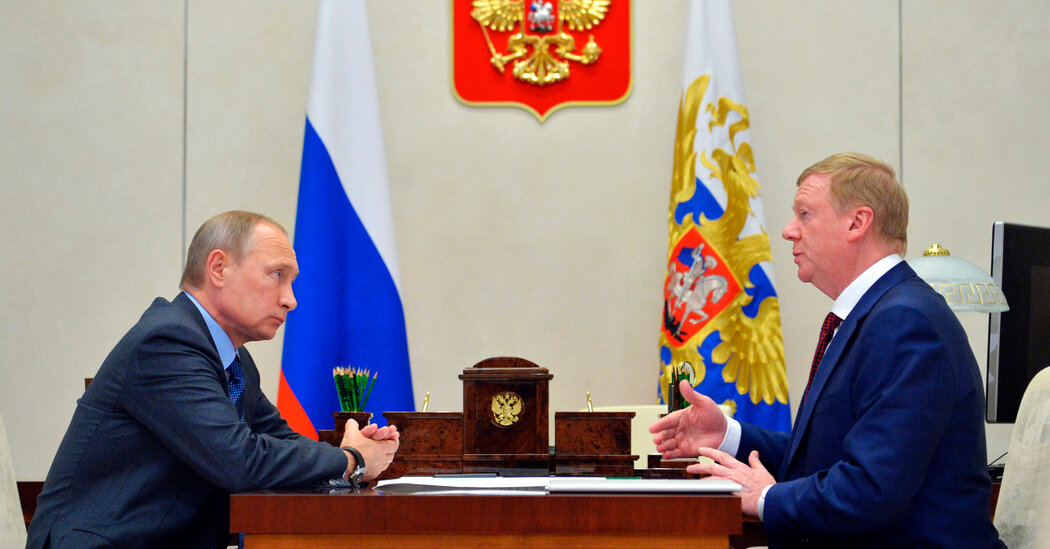 Anatoly Chubais, who resigned as a top Kremlin adviser shortly after Russia’s invasion of Ukraine, was hospitalized on Sunday in a western European country in critical condition with the symptoms of a rare neurological disorder. Mr. Chubais had suddenly grown numb in his hands and legs, his wife, Avodtya Smirnova, told the Russian journalist Ksenia Sobchak.

Mr. Chubais, 67, told Ms. Sobchak himself that he had been diagnosed with the rare Guillain-Barré syndrome, in which the body’s immune system attacks its nerves.

According to Ms. Sobchak’s news channel, specialists in “chemical protection suits” examined the room in which he suddenly became ill.

Mr. Chubais had been a prominent fixture in Russian politics and an ally of President Vladimir V. Putin’s since the 1990s. He oversaw privatization during Russia’s transition to a market economy, became the chief executive of Russia’s state power monopoly, and took the reins of Rosnano, a state technology company.

More recently, he served as Mr. Putin’s international climate envoy. He left that post — and Russia entirely — in March without stating a reason, though it was widely believed to have stemmed from his opposition to the invasion of Ukraine. He is one of the highest-level Russian officials to have resigned from Putin’s government since February.

Mr. Chubais’s current location has not been disclosed.

It is unclear what happened to Mr. Chubais, although news of his sudden illness drew attention to a series of episodes in which Kremlin opponents have been poisoned.

Alexander V. Litvinenko, a former agent in the F.S.B., the successor agency to the K.G.B., died of radioactive polonium 210 poisoning in London in 2006.