Here’s how the grain deal between Ukraine and Russia will work. 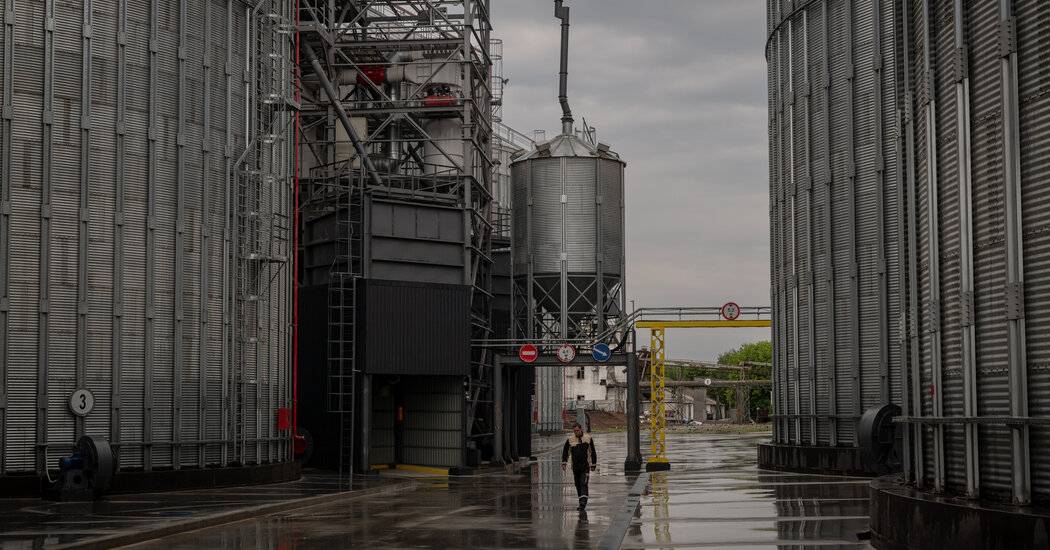 Here’s how the grain deal between Ukraine and Russia will work.

BRUSSELS — There are many moving parts to the grain deal Russia and Ukraine reached, which officials didn’t think was even possible until last week, not least because the war is continuing and trust between the parties is extremely low.

Here’s what to know about the grain problem, and how it might now be addressed.

Why was Ukrainian grain stuck inside the country?

After Russia invaded Ukraine on Feb. 24, it deployed warships along Ukraine’s Black Sea coast. Ukraine mined those waters to deter a Russian naval attack. That meant that the ports used to export Ukrainian grain were blocked for commercial shipping. Russia also pilfered grain stocks, mined grain fields so that they couldn’t be harvested and destroyed grain storage facilities.

How will the operation work?

Ukrainian captains will steer vessels packed with grain out of the ports of Odesa, Yuzhne and Chornomorsk.

A joint command center with officials from Ukraine, Russia, Turkey and the United Nations will be set up immediately in Istanbul to monitor every movement of the flotillas.

The ships will head into Turkish waters, to be inspected by a joint team of Turkish, U.N., Ukrainian and Russian officials, then deliver their cargo to destinations around the world, returning for another inspection by the joint team before heading back to Ukraine.

The agreement specifies the inspection team’s primary responsibility is to check for “unauthorized cargoes and personnel on board vessels inbound to or outbound from the Ukrainian ports.” A key Russian demand was that the returning ships are not carrying weapons to Ukraine.

The parties have agreed that the vessels and the port facilities used for their operations will be safeguarded from hostilities.

The operation is expected to quickly begin shipping five million tons of grains out per month. At that rate, and considering that 2.5 million tons are already being transported by land and river to Ukraine’s friendly neighbors, the stockpiles of nearly 20 million tons should be cleared within three to four months. This will free space in storage facilities for the new harvest already underway in Ukraine.

What are the risks?

No broad cease-fire has been negotiated, so the ships will be traveling through a war zone. Attacks near the ships or at the ports they use could unravel the agreement. Another risk would be a breach of trust or disagreement between inspectors and joint-command officials.

The role of the United Nations and Turkey is to mediate such disagreements on the spot, and to monitor and enforce the agreement. The agreement is valid for 120 days, and the U.N. hopes that it will be renewed.

Will this immediately solve world hunger and bring down food prices?

No. Global hunger is a constant problem caused by poor distribution of food and price manipulation, hitting some parts of the world year after year. It is often compounded by conflict and has also been affected by climate change. The war in Ukraine, which produces a large share of the world’s wheat, added an enormous burden on grain distribution networks, driving up prices and fanning hunger.

Officials say the agreement has the potential to increase the flow of wheat to Somalia within weeks, averting a full-blown famine, and should lead to a gradual decline in global grain prices. But considering the agreement’s fragility, grain markets are unlikely to return to normal immediately.

What’s in it for Russia?

Russia is also a major exporter of grains and fertilizer and the agreement should make it easier to sell those goods on the world market.

The Kremlin has repeatedly claimed that its stocks cannot be exported because of sanctions imposed by the United States and the European Union.

The measures do not in fact affect those goods, but private shipping companies, insurers, banks and other businesses have been reluctant to help Russia export grains and fertilizers, fearing that they might run afoul of sanctions or that doing business with Russia might harm their reputations.

Offering reassurance, the European Union on Thursday issued a legal clarification to its sanctions saying that various banks and other companies involved in the grain trade were not in fact banned.

The United Nations said that, armed with similar assurances by the United States, it held talks with the private sector, and that trade from Russia — especially the Russian port of Novorossiysk — should pick up pace.