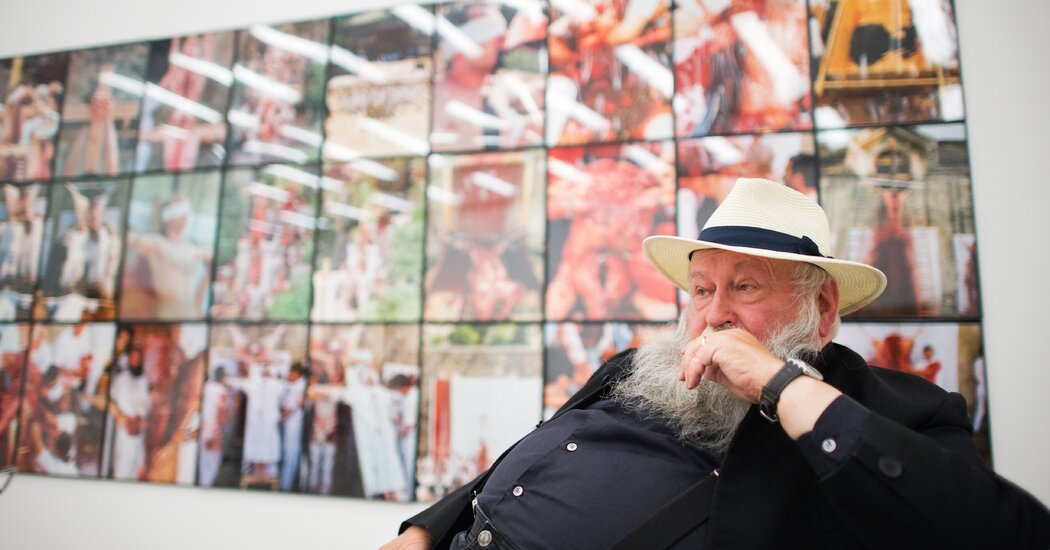 Hermann Nitsch, the notorious Austrian performance artist whose elaborate and grisly “actions,” as they were called, often involved slaughtered and disemboweled animals, blood, feces and viscera and evoked Christian and pagan rituals, died on Monday in Mistelbach, a town near his home in Lower Austria. He was 83.

His wife, Rita Nitsch, confirmed his death, in a hospital, but did not give the cause.

Mr. Nitsch was a founding father of the Viennese Actionists, a small group of radical artists who, starting in the 1960s, upended art-making, as many European and American artists were doing at the time, by throwing their bodies into the work, quite literally, and using all manner of materials and methods to question social norms, political systems and artistic tropes. Joseph Beuys was cuddling a dead rabbit, and lecturing to it about art (in a later work, he and a coyote hung out at a Manhattan gallery). The Fluxus pranksters staged a mock Mass, among other Happenings, as they were known, with clergy in gorilla suits and a chorus of barking dogs. Yoko Ono invited an audience to slice off her clothes with a pair of scissors.

The Viennese, however, were more hard-core. Mr. Nitsch, along with Otto Muehl, Gunter Brüs and Rudolf Schwarzkogler, enacted gruesome, blood-soaked performances. Often they mutilated themselves.