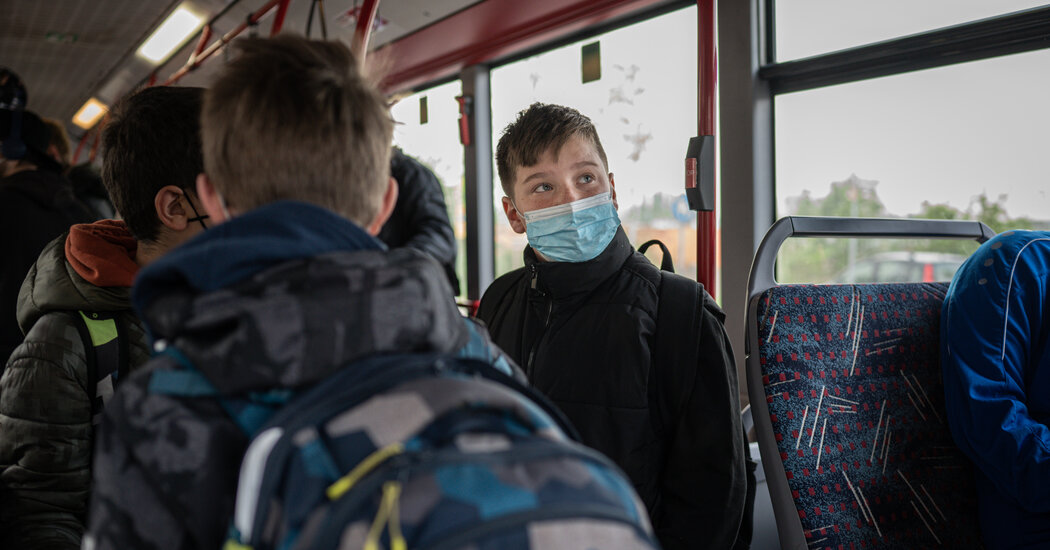 World events have often supplied excuses for bullying. The Covid-19 pandemic brought a wave of harassment for Asian children, and in 2016, after a series of Islamic State terrorist attacks, Muslim children reported an increase in bullying. Now, Mr. Stahl said, distress over the war in Ukraine has added new targets for the kind of vindictive behavior that can lead children to avoid school and, in some cases, result in depression and suicidal thoughts.

In Harsefeld, a town outside Hamburg, Anastasia Makisson, 13, who is Russian-German, received several anonymous notes in school calling her a Nazi and urging her to go back to Russia to “drink vodka with Putin.”

She said students had also come up to her and shouted, “Putin!” Anastasia liked school, but since the latest notes appeared in April, she has not gone back out of fear. “I’m scared someone could hit me,” she said in an interview. “Everybody stares at me. It’s as if they’re thinking, ‘Eww, she’s Russian.’”

Her father, Ilya Makisson, said the school had promised to investigate but had not acted so far; the school did not respond to a request for comment.

About a week after Russia invaded Ukraine, Elisa Spadoni, 13, who is Russian-Italian, wrapped up her homework at her house in central Italy and checked her class WhatsApp group. In the chat, one classmate called her “daughter of Putin.” Another message read, “You might as well die.”

When the girl asked her classmates to stop, one boy replied, “We will stop once you will stop throwing missiles on Ukraine.” He also wrote: “Tomorrow I will beat her up.”