In Hong Kong, the Search for a Single Identity 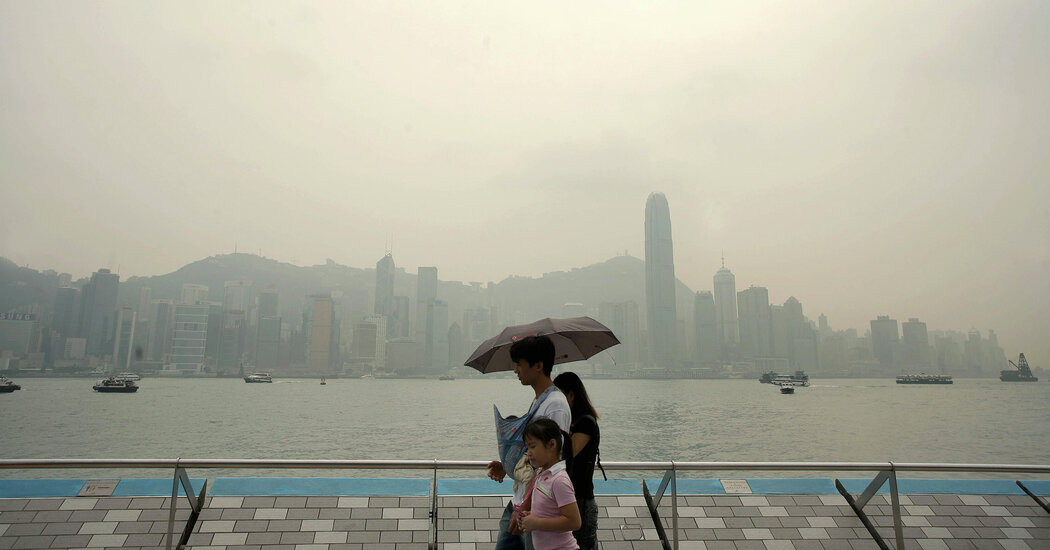 In Hong Kong, the Search for a Single Identity

In this alternate narrative of Hong Kong, free of the straitjacket of state-sponsored history, Lim places the recent protests in the territory’s centuries-long history of rebellion, stretching back to when it was a flourishing salt production center in the 12th century B.C. She details recent efforts among Hong Kongers to forge a sense of shared history, from the Lo Ting mythmaking to “archival marathons,” in which volunteer researchers gather to comb as many as 8,000 pages of source material at a time, “piecing together the past.” And, Lim writes, Hong Kongers “were political animals too, who would show their dissatisfaction when their core values were threatened,” by taking to the streets. Over time, Lim writes, there emerged a Hong Kong identity grounded in a respect for hard work and perseverance (a.k.a. the “Lion Rock Spirit”) and held together by a shared Cantonese language and a growing wariness of the mainland.

But perhaps the most unlikely of heroes in Lim’s account — in fact, her inspiration for the book in the first place — is Tsang Tsou-choi, better known as the King of Kowloon. A toothless trash collector who accused the British colonialists of stealing his ancestral homeland, “the King” spent nearly six decades, from the 1950s until he died in 2007, waging a bold graffiti campaign around the island to make his claims known. In pursuing his story, Lim “discovered a multitude of Hong Kongs,” and of her own competing identities. Was she a neutral journalist or a participant? As a Eurasian who speaks only “shamefully basic” Cantonese, is she a real Hong Konger? By the end, Lim concludes she is, and that she therefore could not remain neutral. “Distance is a privilege that Hong Kongers — no matter where — cannot enjoy,” she writes. “There is no escape from the horror of watching your home be destroyed.”

In “The Impossible City,” Cheung likewise distinguishes among the multiple universes that make up modern Hong Kong. There is the “cosmopolitan city,” home to international students and expats whose idea of paradise is Lan Kwai Fong, “a bar-infested slope of drunk men and Jell-O shots,” who proudly tell people they’re from Hong Kong but are “barely able to describe the city without talking about Mong Kok or char siu rice.”

Then there’s the universe of wet markets and the waterfront, of “underground musicians in industrial buildings, anarchists who run a vegetarian restaurant, and zinemakers and poets who write in both Chinese and a bastardized English.” It is in these “quiet corners” where Cheung learned what it means to be a Hong Konger.

Her memoir spans the period between the 1997 handover and 2021, the year after new national security legislation became “a weapon for Beijing to silence dissent in Hong Kong,” as well as a “turning point for a total crackdown that soon infiltrated all aspects of life.” Cheung was reluctant to write about Hong Kong until “the walls began closing in,” and she feared if she waited too long there wouldn’t be a Hong Kong left to write about. This book, she says, is her way of remembering “the way we lived.”

Cheung was born in Shenzhen and moved to Hong Kong before the age of 1. “When I was 4,” she writes, “my small city went from being a British colony to Chinese property.” By then, her parents were separated, her mother absent, her father temperamental. Her relations with both are strained. The “only reliable presence” in Cheung’s life was her grandmother, who was fastidious about her Taoist rituals and expressed her love through food, from abalone and lettuce to steamed fish to cake rolls. Back then, Cheung didn’t yet know what it meant to be a Hong Konger. The SARS crisis and the 2003 protests against Article 23, a national security bill, are mere background noise to the familiar drama of childhood.