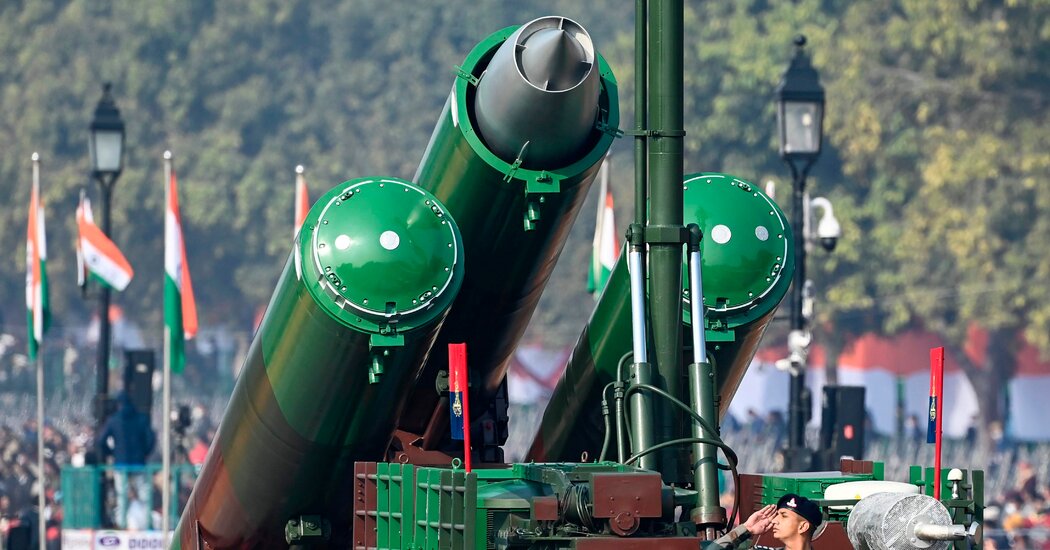 On Friday, India acknowledged that one of its missiles had mistakenly been fired into Pakistan two days earlier. Pakistan criticized India’s “callousness and ineptitude” in a “nuclear environment.” And that, so far, has been the end of the matter — a subdued aftermath that many saw as nothing short of a small miracle.

The two neighbors have fought several bloody conflicts, and the mere suspicion of covert support for militant attacks has brought them to the verge of war in the past. The mistrust runs so deep that pigeons crossing the border have been captured on suspicion of being used for espionage.

Analysts in India commended the Pakistani military, the country’s most powerful institution, for its reserved response to the missile firing, which apparently caused no casualties. That muted reaction seems to have headed off what could have become a disastrous escalation.

But the episode is bound to raise concerns about the safety of India’s weapons systems, and about the government’s credibility on that subject. India waited 48 hours to confirm that the accident had happened, and Pakistani officials said they had received no information about it from their Indian counterparts in the meantime.

“The Pakistani side has shown great maturity,” said Sushant Singh, a senior fellow at the New Delhi-based Center for Policy Research. “We have been lucky this time. We should not make the mistake to think we will be lucky every time.”

Much of what is known about the missile launch has come from the Pakistani side.

Moeed Yusuf, Pakistan’s national security adviser, said a supersonic projectile had crossed the border at an altitude of 40,000 feet. Pakistani officials said it landed near the small city of the Mian Channu, about 75 miles from the border.

There were reports of damage to civilian property, but apparently no loss of life. Initial reports in Pakistani news media had suggested that an aircraft might have crashed.

“This missile traveled close to the path of international and domestic commercial airlines and threatened the safety of civilians,” Mr. Yusuf said. “It is also highly irresponsible of Indian authorities not to have informed Pakistan immediately that an inadvertent launch of a cruise missile had taken place.”

In its brief statement on Friday, the Indian defense ministry said “a technical malfunction led to the accidental firing of a missile” that landed in Pakistan. It offered no other details but said a “high-level court of inquiry” would look into the matter.

Mr. Singh noted that sheer luck seemed to have prevented disaster: the fact that the missile did not hit military infrastructure, an aircraft or a populated area; that it was not launched at a time when tensions were higher than usual; and that it was not armed with a nuclear warhead.

For decades, militancy in Pakistan — and worries about sympathy within its armed forces for militant groups — has raised concerns about the potential vulnerability of its nuclear arsenal. India has long tried to distance itself from suggestions that its systems have vulnerabilities of their own, saying that foolproof safety measures and procedures were in place. A mistake like the one this week, at a time when chest-thumping talk of using force against Pakistan has become a trope in political speeches by India’s Hindu nationalist leaders, is likely to cast doubt on those assurances.

“Those questions are bound to be raised again, and India is going to come under a lot of pressure,” Mr. Singh said. “Not just Pakistan will raise these questions, but a lot of questions will be raised in Washington also.”