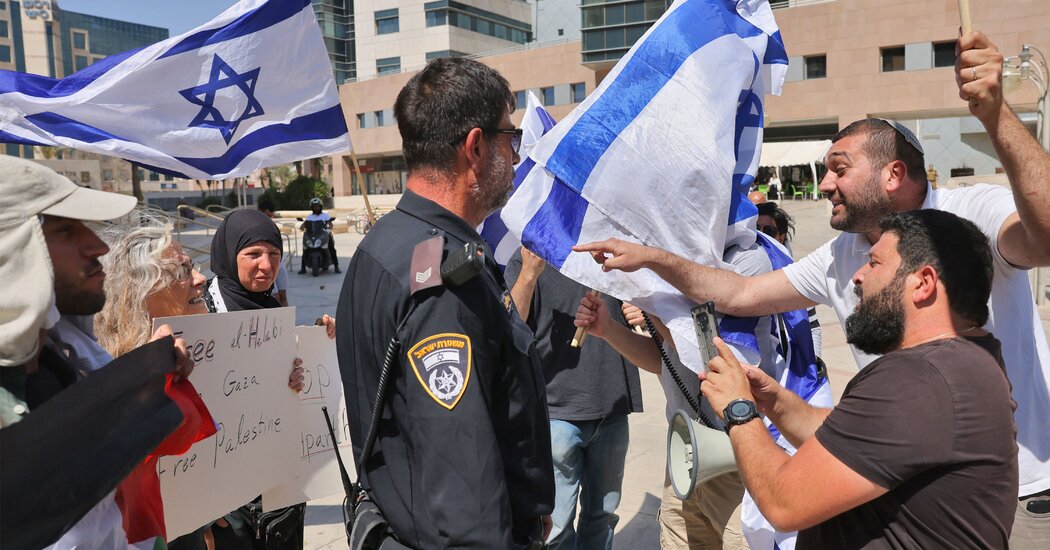 An Israeli court convicted a Palestinian aid worker on Wednesday of diverting funds from the charity he worked for to the Palestinian militant group Hamas in a case that spanned six years and drew criticism from rights groups, which said he had been denied a fair and transparent trial.

The aid worker, Mohammad El Halabi, 45, was a manager of the Gaza Strip branch of World Vision, a Christian aid organization, when he was arrested in 2016. Israel charged him with funneling about $43 million of the group’s funds over a number of years to the military wing of the Palestinian faction. He was convicted of 13 of the 14 charges against him, which included using property for terror purposes.

Israeli officials have said that Mr. Halabi transferred about 60 percent of World Vision’s annual budget for Gaza to Hamas. Some of that money was used by Hamas militants to dig cross-border tunnels to attack Israel, the officials said.

World Vision said there was no evidence to support the verdict.

“We have previously expressed our significant concerns about this case,” the group said in a statement. “In our view there have been irregularities in the trial process and a lack of substantive, publicly available evidence. We support Mohammad’s intent to appeal the decision, and call for a fair and transparent appeal process based on the facts of the case.”

In the wake of Mr. Halabi’s arrest, World Vision and several of its major government donors, including the United States and Australia, commissioned an investigation. It was led by a global law firm and accompanied by an accounting firm’s audit, said Sharon Marshall, a spokeswoman for the group.

“They could not find any evidence of diversion of funds,” Ms. Marshall said, “or any connection between Mohammad and Hamas.” Mr. Halabi’s lawyer said he will appeal his conviction after he is sentenced, which could be in September.

Israel did not accuse World Vision of being involved in the alleged scheme to divert funds.

The three-judge panel that convicted Mr. Halabi rejected the testimonies of defense witnesses and World Vision employees that the aid organization has tight control mechanisms that would make it impossible for him to transfer funds to Hamas.

Among the other charges he was convicted of was carrying or possession of a weapon.

The verdict said Mr. Halabi “confessed to what was attributed to him during interrogation.”

But his lawyer, Maher Hanna, said he never confessed to anything, adding that his client has maintained his innocence since his arrest.

“This is a crooked confession,” he added.

The court’s verdict acknowledged that Mr. Halabi said the confession used against him “was invented by someone on behalf of” Israel’s internal security agency, the Shin Bet.

“Holding Halabi for six years based largely on secret evidence has made a mockery of due process and the most basic fair trial provisions,” he said in a statement. “He should long ago have been released. To continue to cruelly detain him is profoundly unjust.”

He added that Mr. Halabi had rejected any plea deals, even when those deals would have had him free by now.

In 2020, four United Nations special rapporteurs called on the Israeli authorities to grant Mr. Halabi a fair trial or release him unconditionally. According to the U.N. experts, after his arrest, Mr. Halabi was questioned for 50 days without access to a lawyer.

“What is happening to Mr. el-Halabi bears no relation to the trial standards we expect from democracies, and is part of a pattern where Israel uses secret evidence to indefinitely detain hundreds of Palestinians,” the experts said.