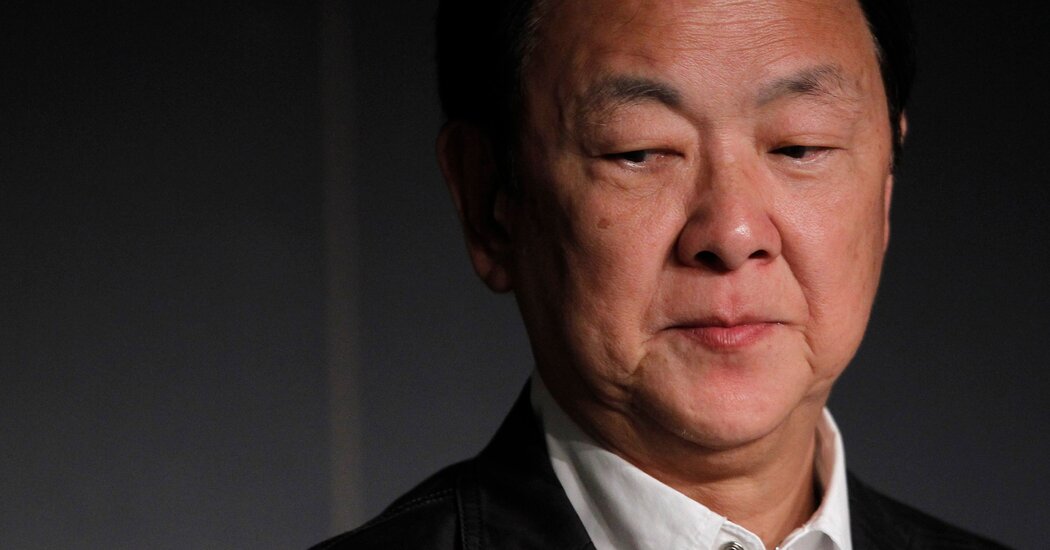 Jimmy Wang Yu, who in the 1960s, in movies like “The One-Armed Swordsman,” became the biggest star of Asian martial arts cinema until the emergence of Bruce Lee, died on April 5 in Taipei, Taiwan. He was 79.

His daughter Linda Wong announced the death, in a hospital, but did not give the cause. Mr. Yu had reportedly had strokes in 2011 and 2016.

As a seminal figure in martial arts, known for bringing hand-to-hand combat into the forefront, Mr. Yu paved the way for stars, like Mr. Lee and Jackie Chan, who found great success outside Asia. After Mr. Yu’s death, Mr. Chan said on Facebook, “The contributions you’ve made to kung fu movies, and the support and wisdom you’ve given to the younger generations, will always be remembered in the industry.”

Mr. Yu worked in the 1960s for the major Hong Kong studio, owned by the Shaw brothers, and starred in their films “The One-Armed Swordsman” in 1967 and “Golden Swallow” and “The Sword of Swords” in 1968.

During that period he was frequently in the news for getting into fights, often with police officers, he said in a 2014 interview with Easternkicks, a website devoted to Asian cinema.

“How did I get popular in Hong Kong?” Mr. Yu said. “I think one reason — it’s because I’m a street fighter.” He added, “I think maybe a lot of people say, ‘I see you fight in the movie, is he really a good fighter or not?’”

“The Chinese Boxer” (1970) — which Mr. Yu directed, and in which he starred as a man who takes revenge on Japanese thugs who have destroyed a Chinese kung fu school — was probably his most influential film. With its focus on hand-to-hand combat rather than the sword fighting and fantasy elements that were then commonplace in Hong Kong action movies, it helped transform the genre.

In a 2020 essay on the website of the New Beverly Cinema in Los Angeles, Quentin Tarantino, who directed the martial arts films “Kill Bill: Vol. 1” (2003) and “Kill Bill: Vol. 2” (2004), wrote that “The Chinese Boxer” was groundbreaking because it meant that “the hero taking on an entire room full of ruffians, whether it be in a teahouse, casino or dojo, would become as much a staple of the genre as the western barroom brawl or the fast-draw showdown.”

“The Chinese Boxer” became a challenge to Mr. Lee, who had been working in Hollywood on “The Green Hornet” and other television series before moving back to Hong Kong, where he had been raised.

“Jimmy Wang Yu was the biggest action star in Hong Kong, and Bruce had his sights on him,” Matthew Polly, the author of “Bruce Lee: A Life” (2018), said in a phone interview. “They didn’t like each other and had to be kept out of the same room.”

He added, “In a way, Jimmy Wang Yu was responsible for Bruce Lee’s success, because ‘The Chinese Boxer’ established the template for the kung fu movie, and Bruce used that as his model for ‘Fist of Fury,’ which is more or less a rip-off of ‘The Chinese Boxer.’” “Fist of Fury,” released in 1972, made Mr. Lee a major star in Hong Kong.

Mr. Lee came out with only two more films before he died in 1973. His final movie, “Enter the Dragon” (1973), established him as an international star and secured his popularity to this day.

Mr. Yu was born Wang Zhengquan on March 28, 1943, in Shanghai and moved with his family to Hong Kong when he was young. Before his movie career began, he was a swimming champion and served in the Chinese Army.

After “The Chinese Boxer,” Mr. Yu tried to break his exclusive contract with the Shaw brothers to make films elsewhere, but they sued him successfully, which effectively got him blacklisted inHong Kong. He moved to Taiwan, where he resumed his career with Golden Harvest and other studios.

In 1975, Mr. Yu starred in “The Man From Hong Kong” — released in the United States as “The Dragon Flies” — in which he played a respected detective sent to Australia to extradite a dope smuggler.

Reviewing “The Dragon Flies” in The Boston Globe, George McKinnon wrote that Chinese studio chiefs’ frantic search to find a successor to Mr. Lee might have ended with Mr. Yu, then 32. “Underneath that impeccable Hong Kong tailoring,” he wrote, “lies a ferocious dragon.” But unlike Mr. Lee and Mr. Chan, Mr. Wu did not become a star in the United States.

George Lazenby, who co-starred with Mr. Yu in both “The Dragon Flies” and “International Assassin” (1976), had trained in martial arts for four months in anticipation of making a movie with Mr. Lee. After Mr. Lee died, Mr. Lazenby pivoted to working with Mr. Yu and performed his own stunts.

“It was really more stunts than dialogue,” Mr. Lazenby, who is best known for playing James Bond in “On Her Majesty’s Secret Service” (1969), said in a phone interview. “Jimmy was a genuine fighter — if he hit you, you’d feel it. You just had to trust that he wouldn’t hit you.”

Mr. Yu continued to work regularly until the early 1990s and, after a long hiatus, appeared in four films between 2011 and 2013.

Complete information on his survivors was not immediately available.

After his death, the Academy Award-winning Taiwanese director Ang Lee told the China News Agency: “For many fans like me, he represents the vibe of a certain era. His films and his heroic spirit will be deeply missed.”