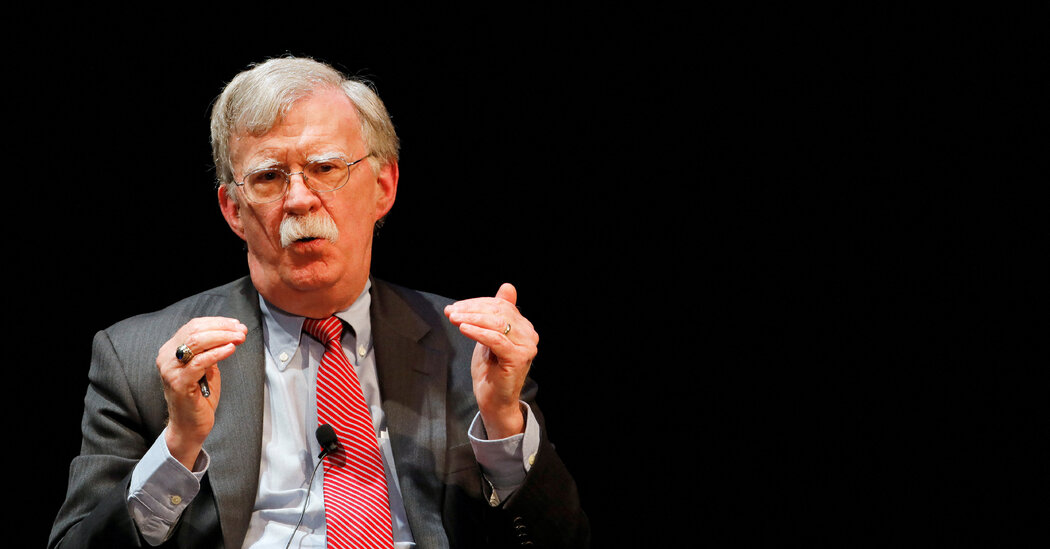 Prosecutors said the Iranian had offered $300,000 to hire someone to kill Mr. Bolton, a conservative foreign policy expert and hard-liner on Iran, in Washington or Maryland.

Officials with the department’s national security division said the planned murder of Mr. Bolton was likely in retaliation for the U.S. military’s killing in January 2020 of Qassim Suleimani, a top commander of the Revolutionary Guard, a branch of Iran’s military that is a power base for the country’s ruling military and political elites.

The man named in the criminal complaint unsealed in federal court in Washington, Shahram Poursafi, 45, is not in custody and remains abroad, department officials said. If captured and convicted, he would face up to 10 years in prison for using interstate commerce facilities in the plot and another 15 years for attempting to provide material support for a transnational murder plot.

Matthew G. Olsen, an assistant attorney general for national security at the Justice Department, said that the case was “not the first time we have uncovered Iranian plots to exact revenge against individuals on U.S. soil, and we will work tirelessly to expose and disrupt every one of these efforts.”

“While much cannot be said publicly right now, one point is indisputable: Iran’s rulers are liars, terrorists and enemies of the United States,” Mr. Bolton said in a statement released by his office about the indictment. “Their radical, anti-American objectives are unchanged; their commitments are worthless; and their global threat is growing.”