Marjan Neshat on Her ‘Kind of Miraculous Season’ Onstage 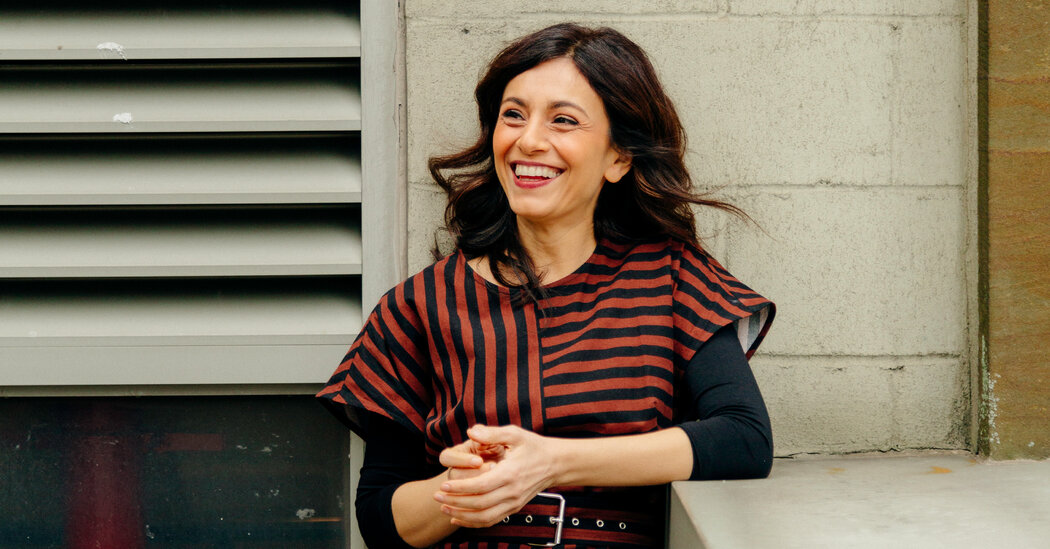 Marjan Neshat on Her ‘Kind of Miraculous Season’ Onstage

It’s not just the behind the veil thing. It’s the realm of women.

It’s true. The thing that I so have appreciated with all of these plays is the idea of the loss of potential that has nothing to do with who you are or what you can do. We’re just trying to move our life forward, and everyone just wants freedom. Possibility gets taken away through no fault of your own.

Doesn’t it bug you that you weren’t allowed to fully use your acting muscles for so long?

I can’t tell you the well of tears I cried. And all the times that I came close to quitting. It means a lot to me to have not just done these three plays, but to have been asked to bring the best of what I — all of the stuff that I’ve been like waiting, waiting, waiting. Good work makes me really feel like I am myself.

Your character and her friends in “Wish You Were Here,” that’s your mom’s generation?

That’s what I mean. I don’t mean the glimpse behind the veil. I mean telling a story about these women at home, with one another, with their shoes off, just hanging out.

And their jokes, and their periods. It is very deeply moving for the Iranians because they’re like, “We’ve never seen our story, especially represented in this way of fun and light and life and just, like, the way we were.” But also, there have been so many people who aren’t Iranian. Some guy came, he was like, “I got a lot of toxic masculinity, and I cried at the end of this one.” They’re both wins, you know?

Are you feeling encouraged about the state of the theater?

I feel encouraged by the new voices and that they’re being programmed. How all of that will play out, I think it’s complicated. And there are so many things that are trying to be addressed at once. But in terms of my experience, the trust that the theaters have given to these playwrights to let them do their work — like when we did “English,” they just really let her do the play she wanted to do. We were sold out every night.

I do think that this is a kind of miraculous season in New York. And I think that the reception of that can’t help but then sort of trickle out. But I feel I have to see what next season is like, and the season after.