Missiles hit targets in Lviv, 50 miles from the Polish border. 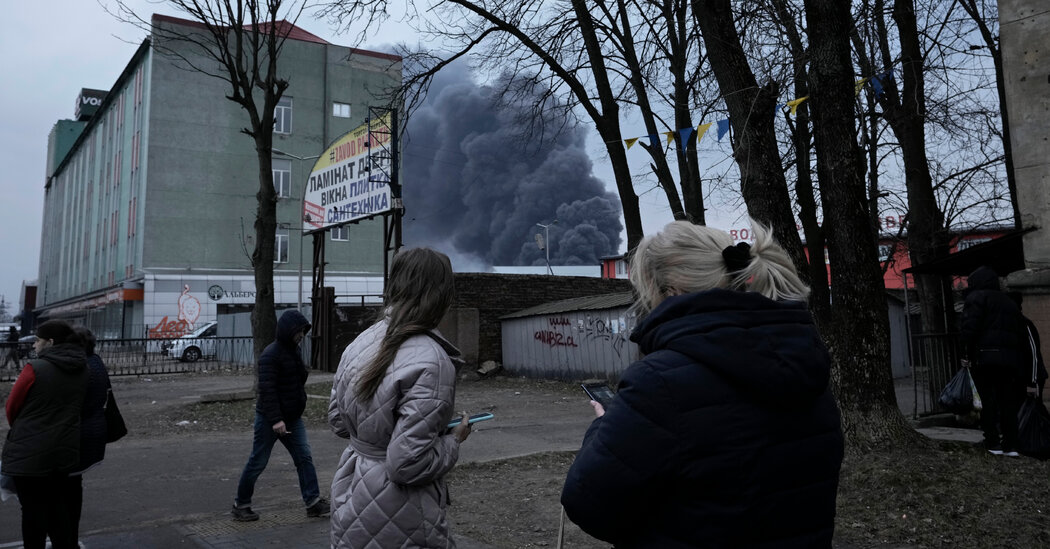 Missiles hit targets in Lviv, 50 miles from the Polish border.

LVIV, Ukraine— Two missile strikes hit targets on Saturday evening in Lviv, a western Ukrainian city about 50 miles from the Polish border. Smoke was seen rising in the eastern part of the city, above what is believed to be an oil storage facility.

“There were two rocket strikes within Lviv,” Maksym Kozytsky, chairman of the Lviv regional administration, said. “Information that hitting a residential building or other infrastructure facilities was not confirmed. According to preliminary data, five people were injured.”

The attack came as President Biden was in Warsaw wrapping up a visit to Europe intended to bolster unity over Russia’s invasion of Ukraine. Mr. Biden said the United States treated its duty to defend NATO allies as “a sacred obligation.”

On March 18, missiles hit a factory near the city that repairs warplanes near the city’s airport on Mar. 18, but Lviv, home to 700,000 people before many of them fled the war, has otherwise been spared the airstrikes and missile attacks that have pounded other Ukrainian cities. About 400,000 displaced Ukrainians are now in the Lviv region, Mr. Kozytsky said Thursday.

Photographs of the projectiles in flight taken by news photographers appeared to show cruise missiles with their telltale wings.

The city’s mayor, Andriy Sadovyi, said in a message on Twitter that the oil storage facility hit by the projectiles was on fire and emergency workers were responding. He asked residents to remain in shelters.

Some residents said the strikes had changed their outlook. “They’ve started here now, I don’t know how well we can manage our business further,” said Andriy, 39, who owns a construction business but did not want to share his last name because of concerns for his security.