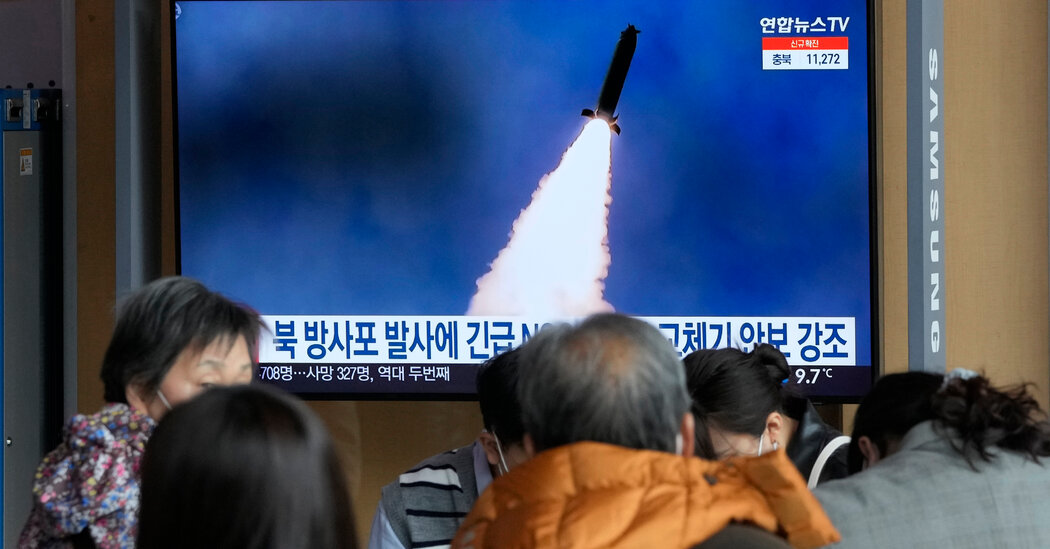 SEOUL — North Korea on Thursday fired an unidentified projectile toward the sea off its east coast in what appears to be its 11th missile test this year, the South Korean military said.

North Korea has been busier with missile launches so far this year than at any other equivalent time in recent years, pushing ahead with its leader Kim Jong-un’s plans to make his nuclear-capable military more diverse and sophisticated.

External conditions make this an ideal time for Mr. Kim to ramp up his weapons tests. Given the war in Ukraine, Russia and China are likely to veto any American attempt to impose new U.N. Security Council sanctions on the North.

In its last missile test, conducted on Wednesday of last week, North Korea launched what the United States called a ballistic missile from Sunan International Airport outside Pyongyang, the capital. But the missile exploded in midair shortly after liftoff.

The North had launched ballistic missiles from the same site on Feb. 27 and March 5, in what American and South Korean officials said were tests of some components of the Hwasong-17 intercontinental ballistic missile. The Hwasong-17, the North’s largest known I.C.B.M., was first unveiled during a military parade in October 2020 but had never been tested before.

North Korea said those earlier tests were part of its preparations to launch a military reconnaissance satellite — a task that Mr. Kim assigned to his government during a meeting of the ruling Workers’ Party in January of last year. But Washington and Seoul fear that North Korea was actually preparing to test the Hwasong-17 under the disguise of launching a satellite.