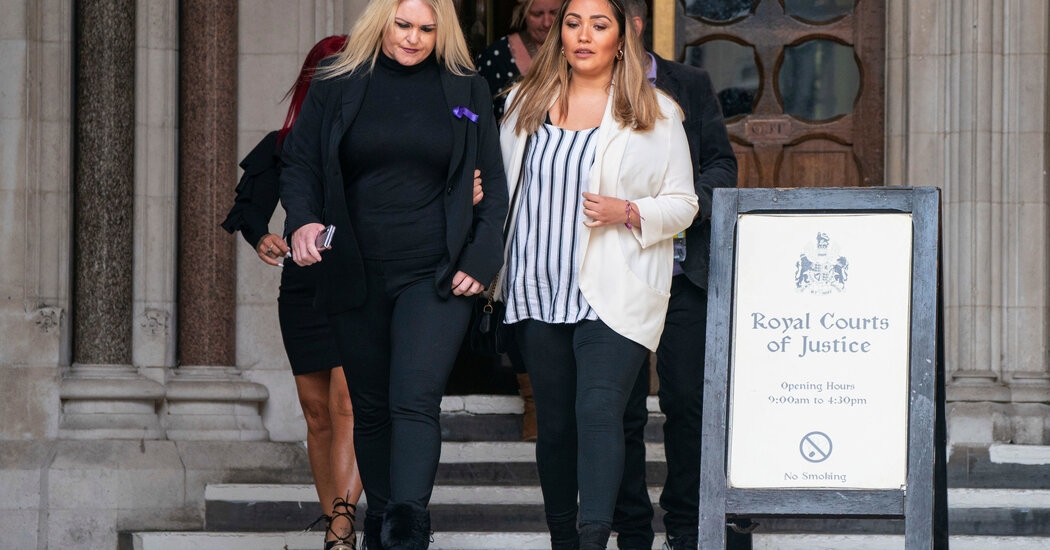 LONDON — The parents of a 12-year-old British boy in a deep coma lost an appeal to keep him on life support on Monday, in a case that has once again put a spotlight on who makes end-of-life decisions involving children.

The boy, Archie Battersbee, was found in a “very profoundly damaged state” by his mother in their home on April 7 with something tied around his neck, according to court documents. The mother, Hollie Dance, told British media that it was possible Archie was taking part in an online challenge. He was taken to a hospital, where he was found to have severe brain damage.

“Continued life-sustaining treatment for Archie will not be lawful, even for a period of days or weeks,” the appeals judge wrote in his decision, upholding an earlier ruling in the case.

The family, who live in Southend, in the Essex region of England, had pleaded for life support to be continued until Archie died naturally, at a time “chosen by God.”

Edward Devereux, a lawyer for Archie’s parents, said in an email that Archie would be kept on life support until at least 2 p.m. Wednesday, and that the parents could apply for an extension of that deadline.

He added that the parents were considering making an application to the European Court of Human Rights, and may also go back to the original judge with new evidence that Archie tried to breathe, which Ms. Dance said was supported by video footage.

According to court documents, Ms. Dance said she believed Archie’s wish would be to stay on life support. She said Archie believed in God, and that in a conversation he had with his brother about what they would do if they were in a car accident and put on life support, he had said: “I wouldn’t want to leave Mum, and I would try to get out of bed.”

Both judges in the case found that continuing life on mechanical ventilation was not what was best for Archie.

“The continuation of life-sustaining treatment was no longer in the best interests of this moribund child,” Sir Andrew McFarlane, the president of the Family Division of the High Court of England and Wales, wrote in his decision, confirming the previous ruling. He added that Archie was weeks away from a death “which will otherwise occur from a gradual further deterioration and then failure of his organs followed by the failure of his heart.”

Archie’s mother, who has been sleeping by his hospital bed, has said that Archie gripped her hand. But according to court documents, “none of the medical staff has witnessed any sign of spontaneous life in him during this extended period of intensive observation.”

On Monday, Archie’s father, Paul Battersbee, fell ill outside the courtroom door, Mr. Devereux said, and was taken to the hospital by ambulance after paramedics said he might have had a heart attack.

Other parents have said they believed their children were also victims of the so-called blackout challenge, an online trend that dares people to hold their breath or choke themselves until they pass out.

Ms. Dance has described Archie as a bubbly boy making an impact wherever he went, and a charmer who even at his young age had some former girlfriends whom he referred to as “all his exes.”

The case follows similar ones involving children on life support that have emerged in Britain in recent years. In 2018 doctors said that Alfie Evans, a toddler with a degenerative neurological condition, should be taken off life support. His parents opposed the decision and were supported by the pope. The parents ultimately lost their appeals and Alfie died a few days after he was removed from a ventilator.

In 2017, Charlie Gard, a baby with a rare and debilitating genetic condition that has no cure, also became the center of a struggle between his parents and doctors who wanted to withdraw his life support. Even President Trump offered to help Charlie, who ultimately died that same year.

Thérèse Callus, a professor at the University of Reading who focuses on family and biomedical law, said that such cases have drawn attention in England because courts are called upon to make a final decision on a child’s end-of-life treatment when the doctors and the parents disagree.

“The court then looks and sees what’s in the child’s best interest,” she said, factoring in complex social, medical and moral views of the patient. “And the court is in that invidious position of having to analyze all of those.”

On Tuesday, Ms. Dance said if she lost her struggle, Archie would have the same fate as Charlie and Alfie.

“He’ll be killed along with the other children,” she said. “It’s not fair.”