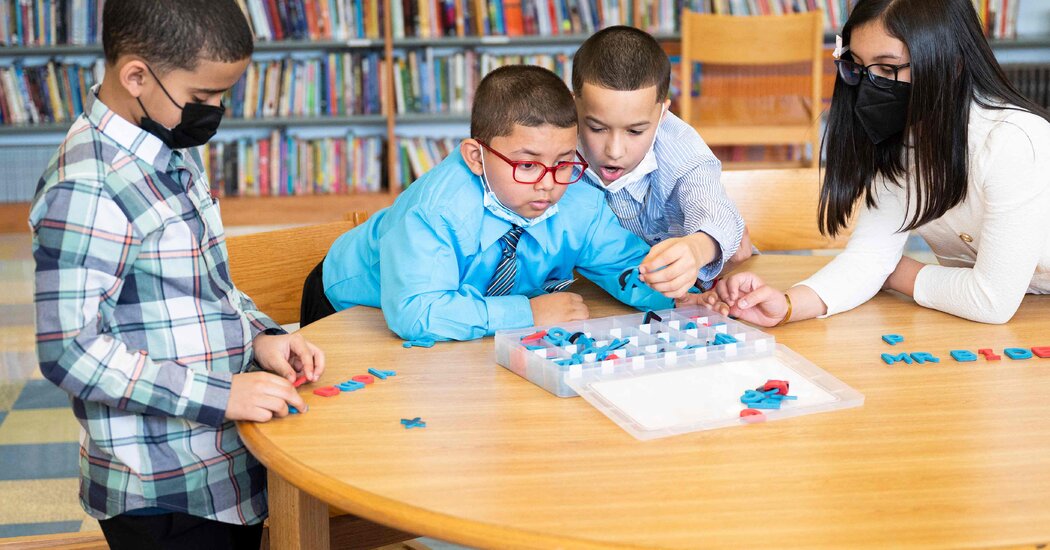 When students and teachers in Philadelphia return to school on Monday, they will have to wear masks once again, as coronavirus cases continue to rise — the latest twist in the city’s evolving approach to masking.

William R. Hite Jr., the superintendent of the Philadelphia School District, announced on Friday that “all school district students and staff will be required to wear their masks during the school and work day and while riding on school buses and vans” until further notice.

The superintendent emphasized that the district was remaining flexible to adjust to new threats from Covid-19.

“As we’ve learned since the pandemic began, the coronavirus continues to evolve and so too will our response to it,” he said in a statement.

And that is not new to the city. Last month, Philadelphia became the first major American city to reinstate an indoor mask mandate in response to rising coronavirus cases, only to have its health department decide four days later to lift the order because of improving conditions.

Bringing back a mask order would seem to be in line with federal recommendations. Last week, Dr. Rochelle P. Walensky, the director of the Centers for Disease Control and Prevention, warned that a third of Americans live in areas where the threat of Covid is so high that they should consider wearing a mask in indoor public settings. Dr. Walensky cited the spread of the virus and the rise in hospitalizations across the country. The United States is averaging more than 100,000 known cases per day for the first time since February.

Coronavirus cases in the Philadelphia area are trending in the same direction as in the nation. Philadelphia County, which includes the city, most recently had an average of 434 new cases reported per day, a 42 percent increase from the average two weeks earlier, according to a New York Times database. It had 209 new hospitalizations reported per day, a 29 percent jump from the average two weeks earlier.

Other cities are taking a wait-and-see approach. In New York City, face masks have been optional in public schools since March. Last week, Mayor Eric Adams said that in spite of the city entering the high alert level for the coronavirus because of fast-spreading Omicron subvariants, he had no plans of bringing back any mask mandates for now.

“If every variant that comes, we move into shutdown thoughts, we move into panicking, we’re not going to function as a city,” Mr. Adams said at a news conference on Wednesday.

Asked if he would reinstitute a mask mandate for schools, Mr. Adams replied: “No.”