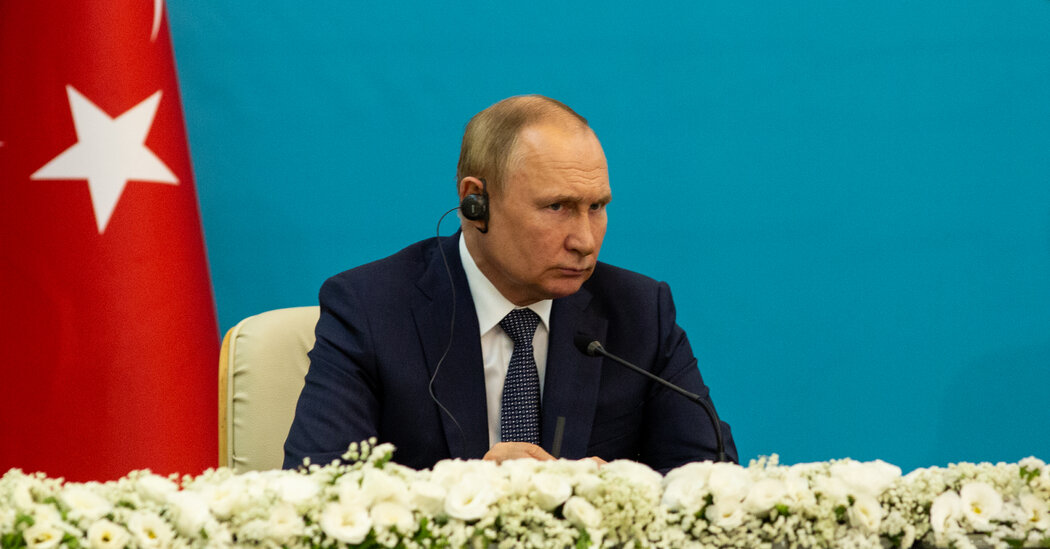 Western intelligence officials, as well as the Kremlin, this week dismissed longstanding rumors that Vladimir V. Putin, the 69-year-old Russian president, is unwell.

Mr. Putin coughed during a speech in Moscow on Wednesday, leading observers to raise concerns about his health. His planned meeting that day with officials from South Ossetia was canceled, fueling speculation that he was sick. In June, when a video released by state media showed him grasping a table tightly, for a moment too long, many on social media were convinced that his health was declining.

“There are lots of rumors about President Putin’s health and as far as we can tell he’s entirely too healthy,” William J. Burns, director of the C.I.A., said at the Aspen Security Forum in Colorado on Wednesday.

Richard Moore, the head of MI6, the British foreign intelligence service, said he agreed with the C.I.A. director’s assessment: “There is no evidence that Putin is suffering from serious illness.”

The Kremlin also denounced the rumors on Wednesday as “nothing but fakes.”

Dmitri S. Peskov, the Kremlin’s spokesman, told reporters that Mr. Putin was in good health and blamed “information specialists” from Ukraine, the United States and Britain for spreading rumors to the contrary.

Mr. Putin’s health was the subject of conjecture even before Russia invaded Ukraine in February. Unconfirmed rumors over the years have diagnosed the president — whose private life is largely shrouded in secrecy — with cancer, Parkinson’s disease, dementia and paranoia.

The war has also spurred rumors about the health of President Volodymyr Zelensky of Ukraine.

On Thursday, a Ukrainian radio station broadcast several statements claiming that Mr. Zelensky, 44, was in intensive care and that Ruslan Stefanchuk, the speaker of the Ukrainian parliament, had assumed the presidency.

The owners of the radio station later announced that the station had been hacked.

Mr. Zelensky addressed the rumor in a video speech, calling it fake news spread by Russia. He said he was speaking from his office and had never felt stronger.