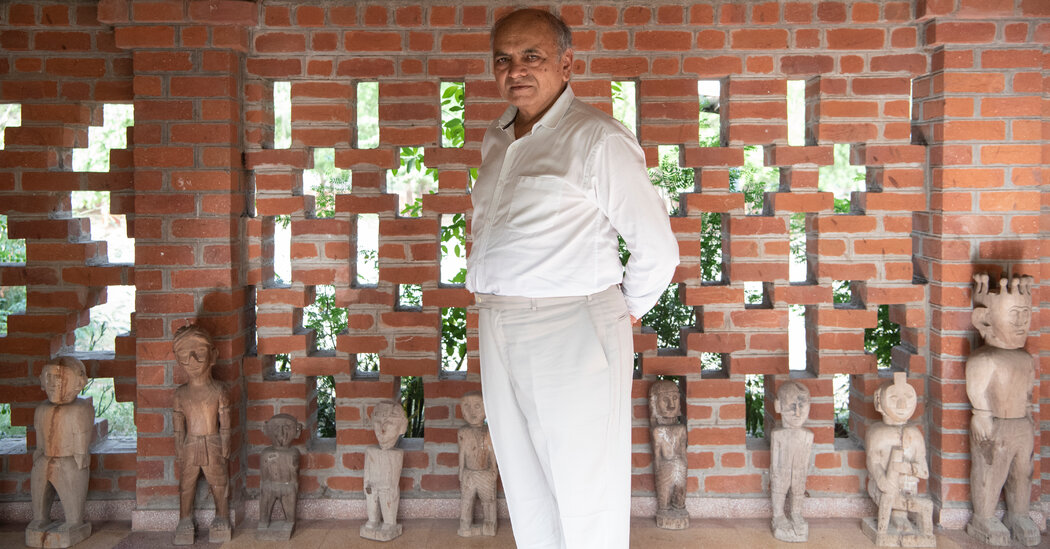 DHARWAD, India — The task was gargantuan: assembling a team of more than 3,500 language specialists, academics and enthusiastic amateurs to determine just how many distinct languages still exist in India, a country of stunning linguistic diversity.

Ganesh Narayan Devy has been obsessed with that question since, as a young scholar of literature, he came across a linguistic census from 1971 that listed 108 mother tongues spoken by Indians. At the end of the report, at No. 109, it said “all others.”

“I wondered what ‘all others’ could be,” he said.

It turns out to be a huge number: His team’s survey, perhaps the most exhaustive such effort ever in India, has researched 780 languages currently being used in the country, with hundreds more left to be studied.

India’s Constitution, in contrast, lists 22 languages, and the last government census in 2011 named 121 “major” languages with 10,000 speakers or more.

Mr. Devy’s findings, which he has been gradually publishing in a series of scholarly volumes, come at a sensitive time, as the government of Prime Minister Narendra Modi is pushing to adopt Hindi as the national language, part of its broader Hindu-first vision for India.

As his language research is being rolled out, Mr. Devy has immersed himself in a new project that takes on what is perhaps an even bigger and more contentious issue in India’s culture wars: the country’s long history.

His “The Origins of Indian Civilization and Histories of India” aims to trace the trajectory of the entire subcontinent since the end of the last ice age, some 12,000 years ago. He has recruited 80 historians from around the world to work with him.

The ambitious work is intended as a rejoinder to the campaign by India’s governing party to rewrite the nation’s history books, including by excising sections on Muslim rulers and changing the Muslim names for places.

“History is being taught to spread political bigotry in this country,” Mr. Devy said. “Someone needed to show a mirror to the ruling class.”

His passions for both India’s languages and the advent and course of its civilization converge in his work with India’s vast population of long-oppressed Adivasis, or “original people.”

Adivasi is an umbrella term for Indigenous groups in India, covering a population of more than 100 million people, with a tremendous diversity in ethnicities, culture, languages and even language families.

Many of these languages have already died, or are fast disappearing. And when a language goes extinct, it’s not only words that are lost.

Language is the way, Mr. Devy said, that a community constructs its ideas of time and space. People who abandon their first language to take on another often lose this distinct perspective along with it, he said.

“The world may be one scene out there, but the language constructs it in a unique way,” he said. “So this unique worldview is lost.”

For decades, India has been hemorrhaging languages, having lost over 300 since independence in 1947, Mr. Devy said, with many more on the verge of disappearing as the number of speakers drops below 10,000.

Conducting his research for the People’s Linguistic Survey of India, Mr. Devy said, was like walking into a graveyard littered with corpses.

He described how a woman of the Boa tribe on the Andaman Islands who died in 2010 would, during her final years, “speak a lot with birds because there was no one around to speak her language.”

His research, which received no government funding, has been published in 50 of what will ultimately comprise close to 100 volumes. The books capture a language’s history, samples of songs and stories, and important terms. He started the project with his own savings; the Tata Trusts, an Indian philanthropic organization, has since contributed about $100,000.

His linguistic research has taken him all across India, from the Himalayas where he said he thought the cold would kill him, to hill tribes living in jungles. And sometimes his research has challenged his own worldview.

“While collecting songs from the Banjara community, they insisted that I must honor them by accepting the gift they give me,” Mr. Devy said, referring to a community of nomadic traders. “The highest respect is expressed among them by asking the guest to eat the ear of a roasted goat. I had to accept it, despite being a vegetarian for decades.”

Many of the 3,500 people who have contributed to the language project are amateur scholars who share Mr. Devy’s obsession.

In Orissa State, where he was collecting language samples from tribal areas, a driver employed in a government office had made it a habit to jot down new or strange words he heard from people in villages. “He had done it for all his working life,” Mr. Devy said, “without knowing if his ‘research’ ever would be of any use. He gave away his entire notebook to me, his treasure trove.”

While Hindi is India’s most widely spoken native language, Mr. Devy said the current government inflates the total, with what he said are nearly 50 separate languages counted under the “Hindi” banner.

“Bhojpuri — spoken by more than 50 million, with its own cinema, theater, literature, vocabulary and style — is shown as ‘Hindi,’” he said.

“If there is one language that has the ability to string the nation together in unity, it is the Hindi language,” Mr. Shah said in 2019.

India’s Constitution designates both Hindi and English as official languages for government business, but it’s not compulsory to teach Hindi in public schools in some states, and many millions of Indians do not speak the language.

The government wants to change that.

“Time has come to make the official language an important part of the unity of the country,” Mr. Shah said in April, staking out a stance that generates resentment among Indians who do not speak Hindi

“Whenever there is a war on your mother tongue, there is division — and identity becomes strong,” he said.

Many Hindus, Mr. Devy noted, do not speak Hindi as their first language. “People in the south do not look at Hinduism as being Hindi-based,” he said. “Far from it, they think the tolerant version of Hinduism that they developed through the centuries is the more authentic Hinduism.”

Mr. Devy was born in 1950, in Bhor, a small village in Maharashtra State. When he was 10 his father went bankrupt, forcing his son to start working at 15.

Among other jobs, he worked in a mine in the coastal state of Goa. To improve his language skills, he recalled, he read 300 pages of English-language books daily.

He eventually earned a master’s degree in English literature and wrote his Ph.D. thesis on Sri Aurobindo, a nationalist pioneer in India.

After teaching English for 16 years at the university level, he quit in 1996 and soon moved to a village in Gujarat State that is home to many Indigenous tribes. There, he set up the Adivasi Academy, which has a multilingual school, a health center and a library of over 60,000 books, including a section devoted to tribal archives.

Mr. Devy has long been active in social justice causes, and recently coordinated several peaceful protests against a new citizenship law that critics say is unconstitutional because it discriminates based on religion, chipping away at the state’s secular foundation.

In 2015, dozens of authors and poets castigated the Modi government over the killing of Malleshappa Madivalappa Kalburgi, a critic of idol worship who spoke out against deadly attacks by right-wing Hindu mobs against Muslims, and who was himself shot dead by gunmen.

When India’s prestigious National Academy of Letters failed to speak out against the killing, Mr. Devy returned its award — India’s highest literary honor — given to him in 1992 for his critically acclaimed book “After Amnesia.”

For all his social activism, his life’s work remains India’s languages and history.

In his research, he found dozens of secret languages spoken by tribal communities as a way to keep their communications from prying ears, including researchers eager to decode the mystery.

He has discovered a form of Portuguese spoken in dozens of Indian villages in coastal areas. In the Himalayan state of Himachal Pradesh, there are 16 languages that, combined, have 200 words for snow, including one for “snow falling when the moon is up.”

Recording the rich tapestry of India’s languages, Mr. Devy is convinced, has a role to play in keeping India a multicultural state, as it has been for millennia.

So does telling a comprehensive history that emphasizes evidence over ideology.

“We will restore every bit of history that they are destroying,” he said. “It will take time, but we will win.”