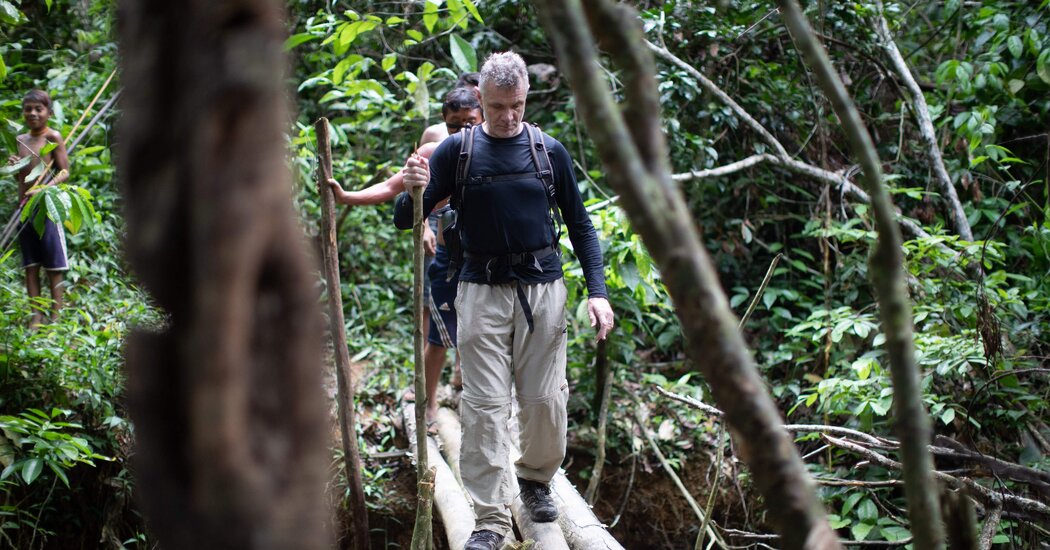 SÃO PAULO — A forensic exam carried out on human remains found in the Amazon rainforest confirmed on Friday that they belonged to the British journalist Dom Phillips, Brazil’s federal police said.

Work was underway to determine the cause of death, the police said in a statement.

The remains of a second person, believed to be Bruno Pereira, an expert on Indigenous peoples, was still under analysis, a report by CNN Brasil said earlier on Friday.

Mr. Pereira and Mr. Phillips vanished on June 5 in the remote Javari Valley bordering Peru and Colombia. Earlier this week, the police recovered human remains from a grave in the jungle where they were led by Amarildo da Costa de Oliveira, a fisherman who had confessed to killing the two men.

“The remains of Dom Phillips were part of the material collected at the place indicated by Amarildo da Costa Oliveira,” the police said.

Mr. Phillips, a freelance reporter who had written for The Guardian and The Washington Post, was doing research for a book on the trip with Mr. Pereira, a former head of isolated and recently contacted tribes at the federal Indigenous affairs agency Funai.

Earlier in the day, police said their investigation suggested there were more individuals involved beyond the suspect who had confessed, but that so far the killers were believed to have acted without the involvement of a criminal organization.

“The investigations indicate that the killers acted alone, with no bosses or criminal organization behind the crime,” the police said.

The local Indigenous group Univaja, however, which played a leading role in the search, said it had informed the federal police numerous times since late 2021 that there was an organized crime group operating in the Javari Valley.

“The cruelty of the crime makes clear that Pereira and Phillips crossed paths with a powerful criminal organization that tried at all costs to cover its tracks during the investigation,” said Univaja.

INA, a union representing workers at Funai, shared the view.

“We all know that violence in the Javari Valley is linked to a wide chain of organized crime,” it said in a separate statement.

Police said they were still searching for the boat Mr. Phillips and Mr. Pereira were traveling in when they were last seen alive.

The U.S. State Department spokesman Ned Price on Friday called for “accountability and justice,” saying that Mr. Phillips and Mr. Pereira were murdered for supporting conservation of the rainforest and Native peoples.

“Our condolences to the families of Dom Phillips and Bruno Pereira … We must collectively strengthen efforts to protect environmental defenders and journalists,” Mr. Price said on Twitter.