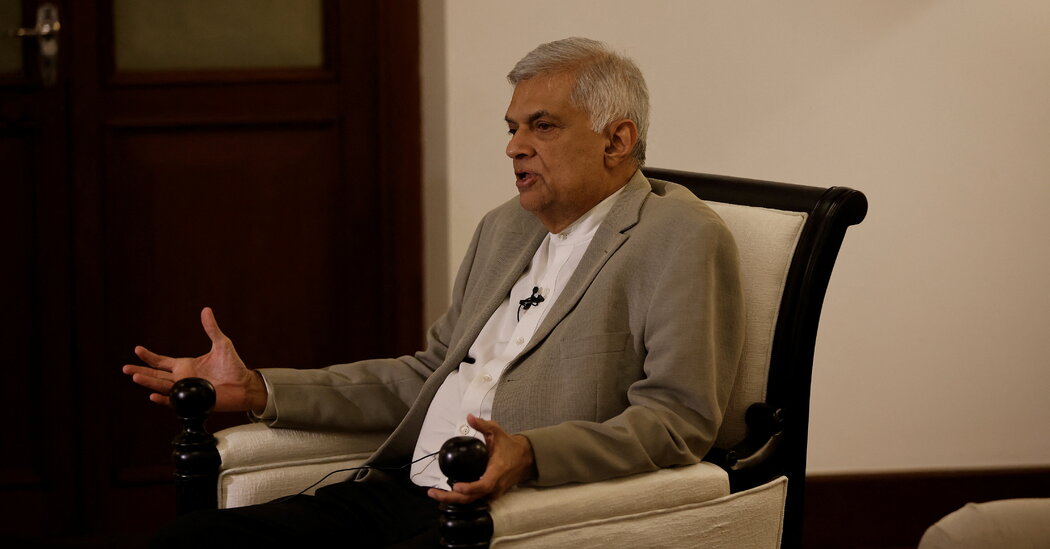 Ranil Wickremesinghe was named acting president of Sri Lanka on Wednesday, after President Gotabaya Rajapaksa fled with his wife to the Maldives overnight.

But protesters have been calling for a wholesale change of the political leadership, whom they blame for nearly running the country into bankruptcy. And they did not back down after Mr. Wickremesinghe was appointed, storming his office as the police and military fired tear gas.

A prime minister six times over, Mr. Wickremesinghe’s leadership has been equated with Sri Lanka’s economic ambitions as well as its collapse.

His rise to the presidency is remarkable — after stepping down as prime minister in 2019, he lost his seat in 2020 elections, re-entering parliament through a nomination process.

Mr. Wickremesinghe, 73, was sworn in as prime minister in May, after months of protests forced President Gotabaya Rajapaksa to remove his elder brother, Mahinda Rajapaksa, from the post. He quickly began discussions with the International Monetary Fund on the terms of an economic bailout.

The political alliance was immediately greeted with skepticism by protesters, who viewed Mr. Wickremesinghe as a protector of the Rajapaksas. Those concerns have not abated.

Mr. Wickremesinghe’s first turn as Sri Lanka’s prime minister came after the then president was assassinated by Tamil separatists during the country’s long civil war.

His last stint as prime minister began in 2015, in a coalition government that promised to support independent investigations into accusations of corruption and human rights abuses leveled against the Rajapaksa brothers. Instead, critics charged, the government, headed by President Maithripala Sirisena, was faulted for blunting those investigations.

The protesters that descended on Colombo over the weekend demanded the resignation of both Mr. Rajapaksa and Mr. Wickremesinghe.

But Mr. Wickremesinghe did not officially tender his resignation, and had not been seen in public until Wednesday.

After being named acting president, he made an address on television to declare a state of emergency and vowed to retake the government buildings that protesters have overrun in recent days, including his own office.