Switzerland joined in sanctions, but Russia’s oil, metals and grains still trade there. 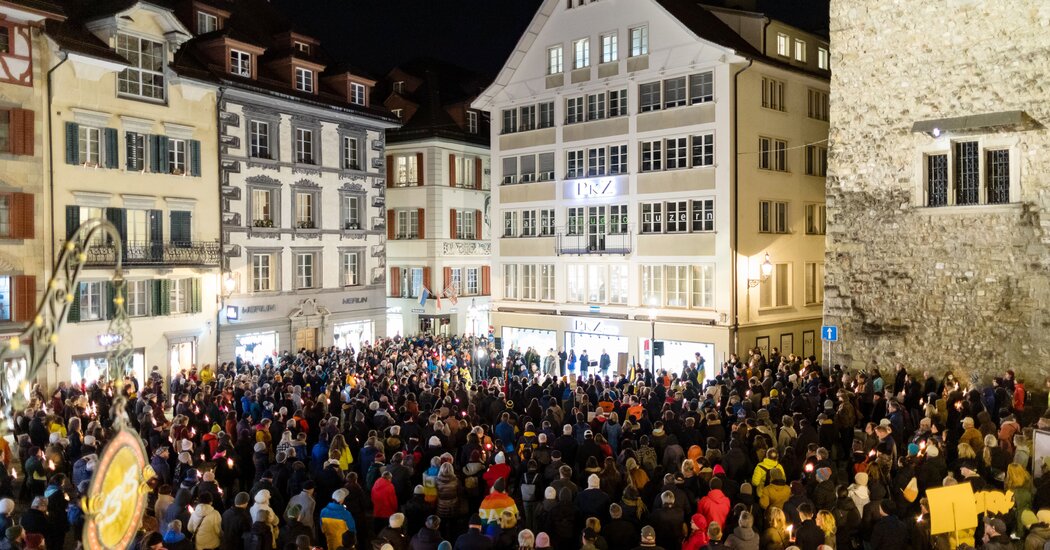 Switzerland joined in sanctions, but Russia’s oil, metals and grains still trade there.

ZURICH — Swiss officials were applauded last week when they broke with the country’s tradition of neutrality by joining the United States, the European Union and others in imposing sanctions on Russia for its invasion of Ukraine. But there was a large loophole in the joint effort.

Switzerland is one of the world’s major hubs for trading commodities, and the government estimates 80 percent of Russia’s raw material and resources, such as oil, metals and grains, are traded in Switzerland, making the Alpine nation central to the sale of Russian exports.

Although the country closely adopted the European Union’s sanctions on banking and trade, commodities trading has been allowed to continue. It’s a significant industry in Switzerland, employing around 10,000 people and accounting for over 4 percent of its economy, according to the State Secretariat for Economic Affairs.

Major commodity and energy trading companies including Glencore, Gunvor and Mercuria have their headquarters in Geneva and the city of Zug. Rivals, like Singapore-based Trafigura, have major offices in Switzerland.

Trafigura was in the spotlight last weekend because, according to S&P Global Commodity Insights, it sold Shell a cargo of Russian crude oil at a sharp discount. The sale did not appear to violate any sanctions, but criticism was hurled at Shell after it said last week that it was pulling its energy business out of Russia.

Shell later said it had made a “difficult decision” to buy the Russian oil because alternative sources would not have arrived in time to serve its customers, and it said profits from the purchase would go toward humanitarian efforts to help the people of Ukraine. “We have been in intense talks with governments and continue to follow their guidance,” Shell said Saturday.

News of the Shell deal came amid mounting calls to increase the regulation of Switzerland’s commodities traders and introduce a supervisory authority that could monitor the placement of sanctions.

Oliver Classen, spokesman for Public Eye, a nonprofit campaigning for greater oversight of the commodities market, said that trading occurred in Switzerland with “mild to no regulation,” making it hard to know who the people were behind the companies involved in the trades and deals. “It is a black box,” he said.

Besides monitoring compliance with sanctions, a supervisory authority could help mitigate other concerns, such as human rights abuses, environmental violations and corruption — three issues the industry is often associated with, Mr. Classen said.

But while Russia’s commodities trading is permitted to continue, Swiss bankers and lenders have essentially already curtailed it.

The Russia-Ukraine War and the Global Economy

Gas supplies. Europe gets nearly 40 percent of its natural gas from Russia, and it is likely to be walloped with higher heating bills. Natural gas reserves are running low, and European leaders have accused Russia’s president, Vladimir V. Putin, of reducing supplies to gain a political edge.

Shortages of essential metals. The price of palladium, used in automotive exhaust systems and mobile phones, has been soaring amid fears that Russia, the world’s largest exporter of the metal, could be cut off from global markets. The price of nickel, another key Russian export, has also been rising.

Financial turmoil. Global banks are bracing for the effects of sanctions intended to restrict Russia’s access to foreign capital and limit its ability to process payments in dollars, euros and other currencies crucial for trade. Banks are also on alert for retaliatory cyberattacks by Russia.

“Some banks are not willing to finance trade with Russia at the moment,” said Florence Schurch, secretary general of the Swiss Trade and Shipping Association.

Commodity trading is a capital-intensive industry, relying heavily on financing to make deals happen. Ms. Schurch said banks’ restrictions had made it difficult for trading companies to open new trades involving commodities from Russia. Last week traders shunned Russian oil, fearing they would get ensnared in the Western sanctions.

“At the moment there is undoubtedly huge reputational damage connected with being seen doing business with Russia,” said Giacomo Luciani, an energy economist who teaches at the University of Geneva. He said the country’s trading sector was undergoing a quick undoing of a network of ties with Russia that started in the 1970s.

In addition to oil and gas, Russia is a major supplier of commodities including metals, such as aluminum, and grains. With Ukraine, the two countries account for over a quarter of global wheat exports, provoking fears of supply issues.

Elisabeth Bürgi Bonanomi, a commodities trading expert at the University of Bern,

said it was too early to say what impact the conflict would have over Switzerland’s sector, but she expected some of the trade with Russian commodities to move to a different international hub, such as Dubai. And she said Russian banks that had been barred from using the SWIFT global financial messaging system might turn to Chinese alternatives.

“At the moment, the cards are being reshuffled,” she said.