The news that the AA group blocked and attacked 11 Rohingya Solidarity Organization RSO camps along the Bangladesh-Myanmar border. 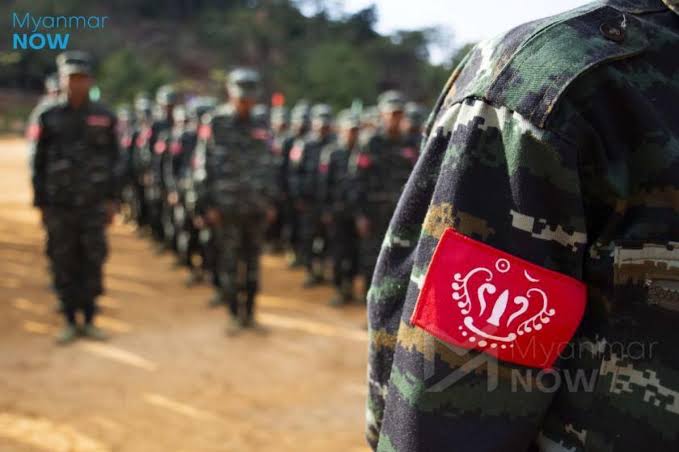 The news that the AA group blocked and attacked 11 Rohingya Solidarity Organization RSO camps along the Bangladesh-Myanmar border.

It has been reported that the AA group attacked 11 bases of the Rohingya Solidarity Organization RSO along the border from Mile 42 to 50 along the Bangladesh-Myanmar border.

It is reported that both forces suffered heavy losses in the attack. A person close to RSO said that in the 40 years since the establishment of RSO, this attack has been a blow from an enemy who pretends to be a friend.

Resistance against military dictatorship access to equal rights; The RSO Rohingya group, who are fighting for justice and co-existence with the people living in Rakhine State, have mutual understanding with the Arakan Army AA. A person close to the RSO said that the AA of the Arakan Army has been blocking and attacking the Rohingya group while the leaders of the two armed forces have been communicating to prevent a meeting between the two armed forces.

In the attack, about ten RSO members died and 4 were injured. Attacks continue in 4 locations. It is reported that 9 guns have been lost.

The consequences of the AA's attack on the Rohingya RSO of the Rakhine Army could be greater. It is believed that this attack was carried out by the military council. The refugee Rohingya community said that the entire Rohingya community had the opportunity to see the giant eye that pretended to be a friend of the Arakan Army AA.

Dengue death toll stands at 113 as another dies, 1034 more hospitalized in 24 hrs

The Rohingya say that APBns' illegal extortion is one of...

ASEAN Countries Must End Forced Returns of Refugees to...