The president said he rebuked the Saudi crown prince for the murder of Jamal Khashoggi. 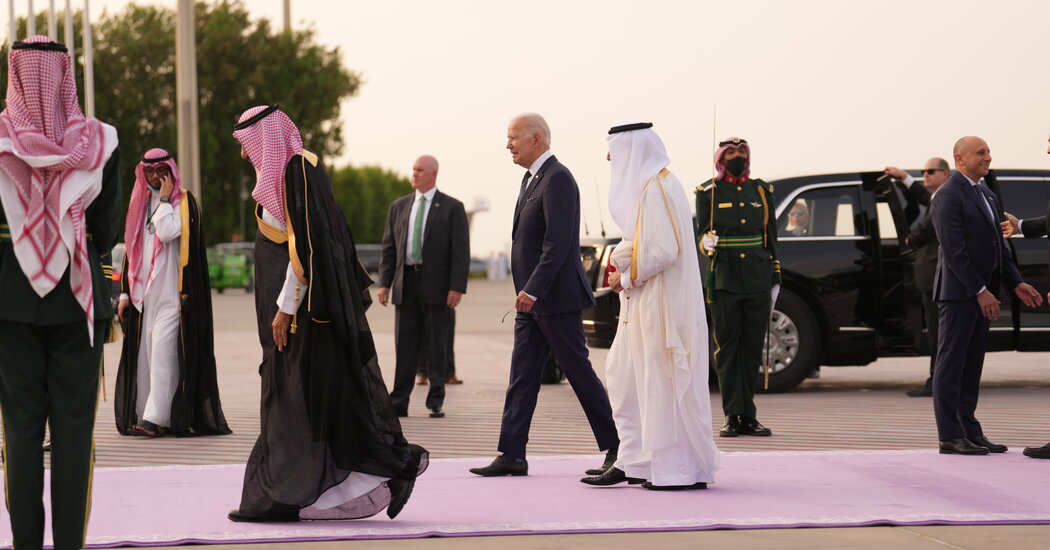 The president said he rebuked the Saudi crown prince for the murder of Jamal Khashoggi.

President Biden said Friday night that he brought up the murder of Jamal Khashoggi during his closed-door meeting with Crown Prince Mohammed bin Salman and told the prince that he considered him to blame.

While Mr. Biden said nothing about Mr. Khashoggi during the public part of his meeting with the crown prince, he told reporters afterward that he considered the killing “outrageous” and directly confronted Prince Mohammed, who was judged responsible by the C.I.A. for the assassination carried out in Istanbul by a team of Saudi operatives in 2018.

“I raised it at the top of the meeting, making clear what I thought at the time and what I think of it now,” Mr. Biden said. “I was straightforward and direct in discussing it. I made my view crystal clear. I said very straightforwardly for an American president to be silent on an issue of human rights is inconsistent with who we are and who I am. I always stand up for our values.”

He reported that Prince Mohammed, often known by his initials M.B.S., denied culpability.

“He basically said that he was not personally responsible for it,” Mr. Biden said. “I indicated that I thought he was.”

Saudi officials contradicted his account. Adel al-Jubeir, the Saudi minister of state for foreign affairs, told reporters that he did not hear Mr. Biden tell the crown prince that he was responsible, describing instead a brief and less contentious exchange that focused on human rights without dwelling on the killing.

Mr. Jubeir called the Khashoggi murder “a terrible mistake,” but added that the two countries have moved on. “People were put on trial,” he said, referring to underlings convicted in the case. “We have individuals who are paying the price.”

Mr. Khashoggi was a Saudi contributor to The Washington Post who was critical of the prince’s rule. After his killing, Mr. Biden had said he would make Saudi Arabia a “pariah,” but aides say world events have left him little choice but to deal with the kingdom.

Asked about that remark on Friday, he said, “I don’t regret anything I said.”

But Mr. Biden’s decision to meet with the crown prince left human rights activists and Mr. Khashoggi’s family outraged. Hatice Cengiz, his fiancée, tweeted what she said Mr. Khashoggi would have thought: “Is this the accountability you promised for my murder? The blood of MBS’s next victims is on your hands.”

Fred Ryan, the Post’s publisher, was equally scathing. “The fist bump between President Biden and Mohammed bin Salman was worse than a handshake — it was shameful,” he said in a statement. “It projected a level of intimacy and comfort that delivers to MBS the unwarranted redemption he has been desperately seeking.”