Two Teachers Killed at a School in Sweden 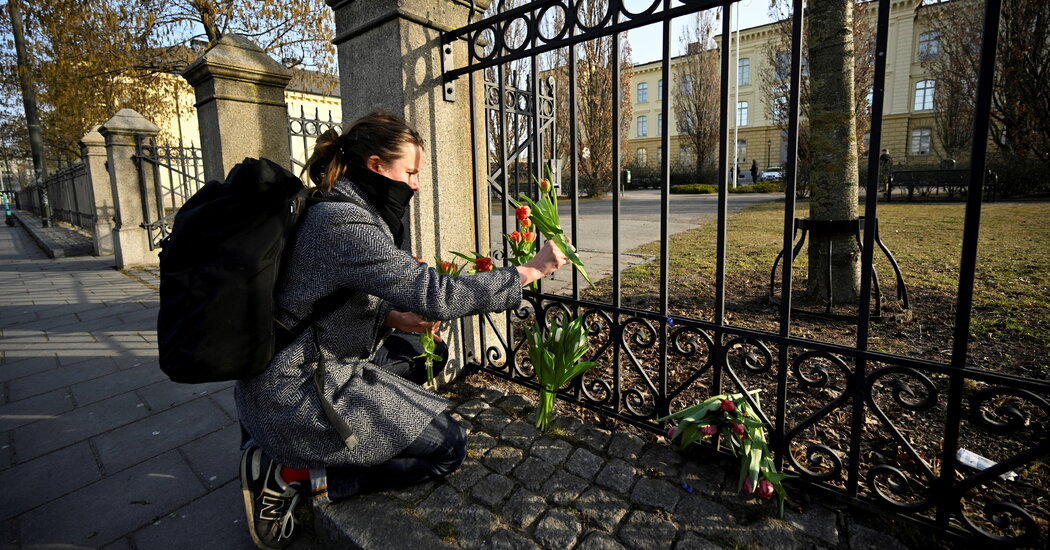 Two Teachers Killed at a School in Sweden

BASTAD, Sweden — Two teachers were killed at a high school in Malmo in southern Sweden, and a student was arrested on suspicion of murder, the police said Tuesday. The motive for the attack was unclear.

The police found both victims, two women in their 50s, injured at Malmo Latin School late Monday, after getting a report of an attack there, Petra Stenkula, the head of the Malmo police, said at a news conference. The women died of their injuries later Monday.

The police arrested an 18-year-old man on the scene, and Ms. Stenkula said they were investigating whether he called the police himself. The police declined to identify the man.

Swedish news media reported that the attacker had been carrying an ax, a knife and a hammer, but Ms. Stenkula said police were still waiting for a forensic examination to determine the weapon used.

Such crimes are uncommon in Sweden, but in the past year there has been a series of attacks in the country’s schools.

On Jan. 10, the police arrested a 16-year-old student after he knifed a teacher and a fellow student at a high school in the city of Kristianstad in southern Sweden. Last August a masked 15-year-old boy with a camera on his helmet knifed a teacher at a middle school in Eslov, an attack that a prosecutor said was a hate crime, according to the Aftonbladet newspaper. Both victims survived the attacks.

Ms. Stenkula said it was too early to determine the motive for Monday’s murder or the relationship between the teachers and the student.

“It is deeply tragic because young people in their best developmental years are affected by this terribly,” said Sven-Erik Alhem, a former prosecutor and chairman of Victim Support Sweden, an advocacy group, who is also a former student at Malmo Latin School. “We associate school with safety and learning, and not with violence.”