Ukraine charges 8 Russian soldiers and mercenaries in the killings of a small-town mayor and her family. 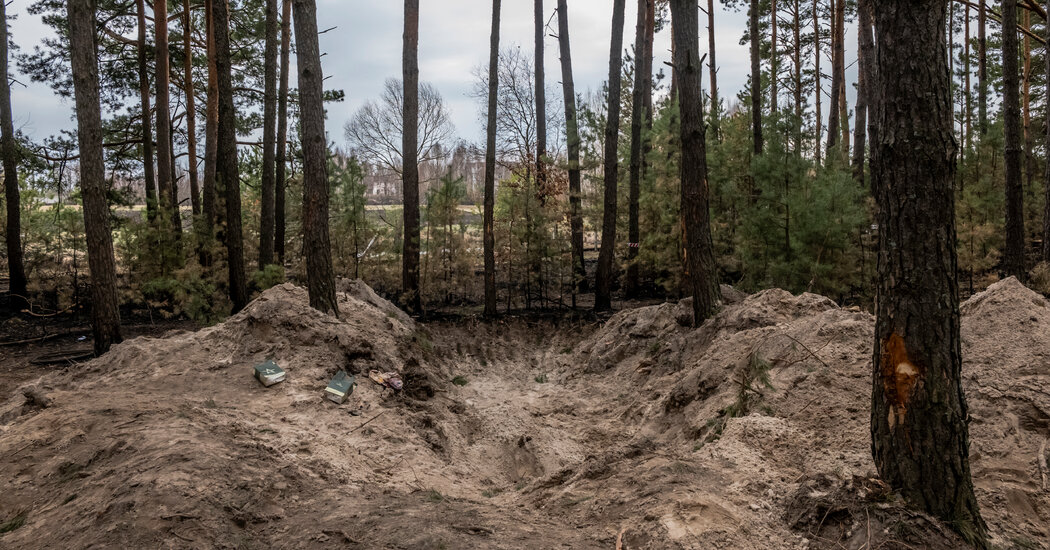 Ukraine charges 8 Russian soldiers and mercenaries in the killings of a small-town mayor and her family.

Eight Russian soldiers and mercenaries were charged on Tuesday with the murder of the mayor of a small Kyiv suburb and her family, Ukraine’s prosecutor general said.

The mayor, Olha Sukhenko, was found in a shallow grave in her village, Motyzhyn, about 30 miles west of Kyiv, on April 2, after Russians withdrew from their positions around the capital. Her husband and son were buried with her.

The prosecutor general, Irina Venediktova, said five of the accused men were soldiers in the Russian Army and three were part of the private military group Wagner, which is run by a businessman close to President Vladimir V. Putin of Russia. The soldiers included two lieutenants and three sergeants from one unit, the 37th Separate Guards Motorized Rifle Brigade.

“They kidnapped Olga Sukhenko, her husband and son from the home of the village of Motizhyn,” Ms. Venediktova wrote on Facebook, publishing the names and photographs of all eight men.

She said that, in March, the men detained Ms. Sukhenko and her family members and took them to a house they were using as a base. There, she said, the Russian fighters “tortured them, trying to beat out information” about the Ukrainian Army and defense forces. The prosecutor said the Russians killed Ms. Sukhenko’s son in front of her.

“They first shot her son in the leg and then killed him with a shot in the head,” she wrote. “The whole family died from multiple gunshot wounds.”

She said the group of accused soldiers and mercenaries also terrorized other civilians, torturing and killing them, as well as pillaging and destroying their homes.

Ms. Venediktova asked that anyone with relevant information about the soldiers and mercenaries share it with the website the prosecution has established to collect testimony about war crimes.