While Canada Welcomes Refugees, Its Door Is Far From Wide Open 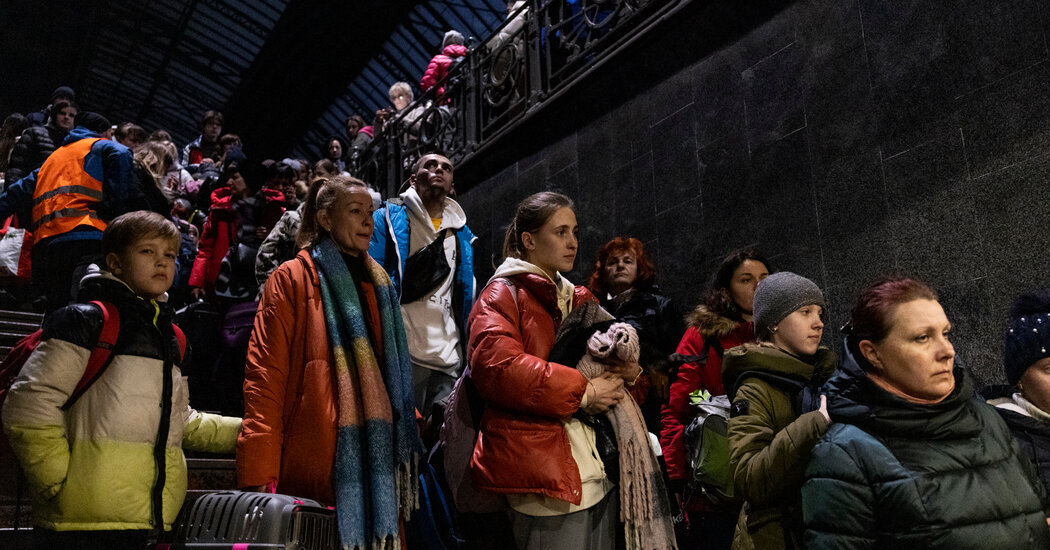 While Canada Welcomes Refugees, Its Door Is Far From Wide Open

Some refugee groups, however, had asked the government to follow the lead of many European countries in the crisis and simply open the border for Ukrainians, allowing them to come to Canada without a visa.

Randall Hansen, a political scientist at the University of Toronto who studies global migration, told me that dropping visas would have represented a dramatic shift in Canadian immigration policy. While Canada admits a large of immigrants in all categories, “all immigration is checked, controlled, managed,” Professor Hansen said.

The result, he said, is that Canada often gets more credit for welcoming immigrants and refugees than statistics suggest it deserves. Mr. Trudeau, he noted, received global attention for his program that, in relatively short order, admitted about 51,000 refugees from Syria. “Then the door slammed immediately shut,” he said.

He contrasted Canada’s Syrian program with that of Germany, where about 1.2 million refugees were admitted under a system with relatively few controls.

“These sort of gestures that created the impression that in the world that you could put Germany and Canada in a box and pull out either one and it wouldn’t matter which you chose — they were both equally liberal,” he said. “It’s just absurd.”

Geography, he said, has been the key to allowing Canada to control who enters. The only place people can reach the country from by foot, the United States, is the destination of choice for most immigrants and most refugees who are ready for resettlement, Professor Hansen said. So people who reach Canada generally board an airplane with a valid visa, an impossibility for the world’s most desperate refugees, he added.

“Why do they want to keep visas?” Professor Hansen asked. “They are fundamental to this control paradigm. It means that only the educated, the skilled, wealthy people can get on a plane for another reason and then claim asylum when they can get here.”