Why do Finland and Sweden appear headed toward swift NATO membership while Ukraine isn’t? 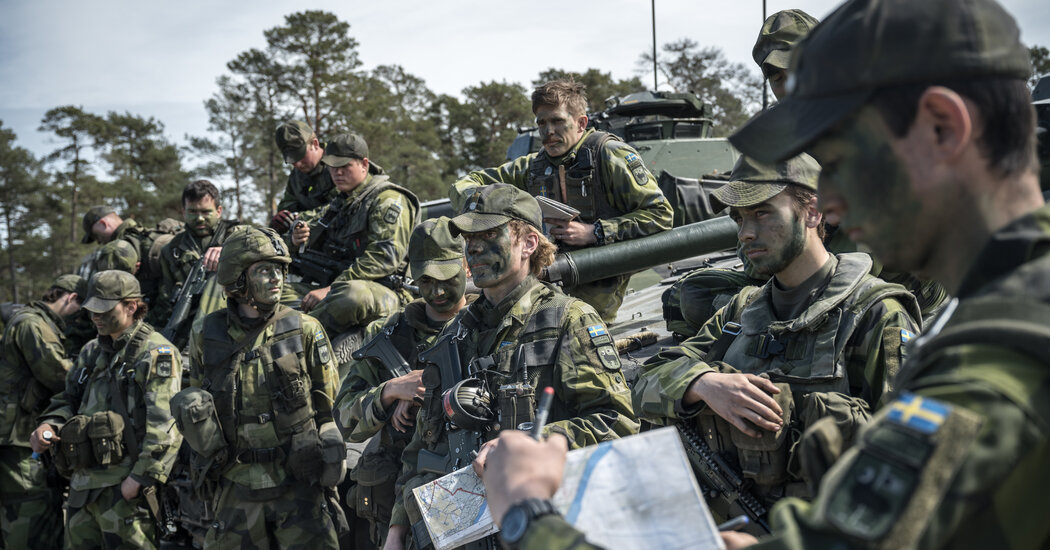 Why do Finland and Sweden appear headed toward swift NATO membership while Ukraine isn’t?

With Finland and Sweden now racing toward NATO membership, the prospect of the two Nordic countries joining the seven-decade-old Atlantic alliance is raising a pressing question in Kyiv and beyond: Why them and not Ukraine?

In February, President Volodymyr Zelensky stressed his country’s ambition to be admitted into NATO, an aspiration fixed in Ukraine’s Constitution since 2019. But this March, as war with Russia raged, Mr. Zelensky backed down, signaling that his country needed to accept that it might never join.

In 2008, NATO promised Ukraine and Georgia that they could someday become members, without specifying a date. But the alliance has done little to act on that promise.

Admitting a country requires unanimous consent from all of NATO’s 30 members. As an alliance predicated on the doctrine of mutual defense, it would be highly unlikely to admit a country ensnared in war.

There is no question that Ukraine would benefit from NATO’s defining credo, which says that “an armed attack” against any member is considered an attack against them all. President Vladimir V. Putin of Russia has signaled that he sees the possibility of Ukrainian membership as a strategic threat, and it appeared to be a pretext for his invasion.

U.S. officials say they will not appease Mr. Putin by quashing Kyiv’s ambition to join the alliance. But Washington and its European allies do not want to further antagonize Russia and risk a wider war.

France and Germany, among others, have in the past opposed or been skeptical of Ukraine’s inclusion. And analysts say that President Biden, wary of further U.S. military commitments, has also been reluctant to support Ukraine’s membership.

Even if Ukraine could overcome those hurdles, it could face other challenges.

NATO observes an “open-door policy” that says that any European nation that wants to join can do so, if it meets certain requirements. Among them is demonstrating a commitment to democracy, individual liberty and support for the rule of law. While Ukrainian leaders say their country meets that threshold, some American and European officials argue otherwise.

In 2020, Transparency International, an anticorruption watchdog, ranked Ukraine 117th out of 180 countries on its corruption index, lower than any NATO nation at the time. Sweden and Finland, in contrast, are long-established and stable democracies.

Some Western officials also question whether Ukraine could meet another criterion, which requires members to contribute to collective defense. Ukraine argues that it has sent troops to the U.S.-led wars in Iraq and Afghanistan — and that it has shown its military prowess during the Russian invasion.

Other observers argue that by resisting Russian aggression, Ukraine has also become the very embodiment of the liberal democratic order NATO seeks to uphold.